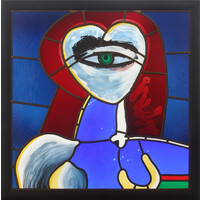 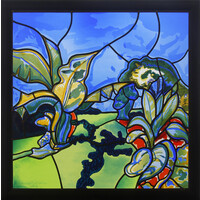 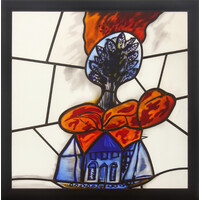 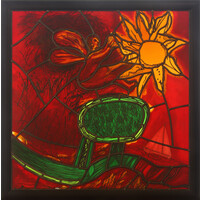 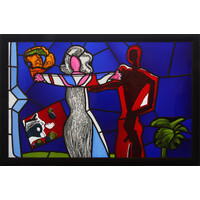 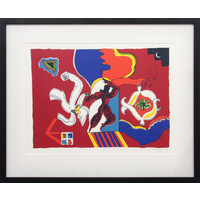 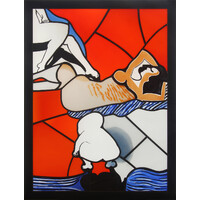 Over thirty-five years The Glassworks (Suzanne Johnson and Ben Hanly) have created stained glass artworks by leading New Zealand artists for large scale public projects and commissions all over the country, using glass sourced from France and Germany due to its especial life and character, variations in colour, tone, texture and transparency.

Very prominent amongst an extended roll call of significant New Zealand artists was Pat Hanly who worked with stained glass throughout his career, undertaking many significant projects. His last major commissioned work was a substantial stained glass panel installed at Christchurch Polytechnic in 1999.

For Hanly, glass was a key material: it’s altering use of light and flat planes of colour a fundamental aspect of his entire oeuvre.

Pat Hanly used light with a mix of daring and restraint, action and stillness as a key component of his work which had at its centre an extended conversation about and celebration of the human condition. Occupying a singular place in New Zealand art with an acute emotional register, Hanly pursued the idea of no rules painting and figurative symbolism, presenting an implied landscape populated by people. “Rather than placing his figures in perspectival space, the painter shunts his subjects to the very front of the picture plane, and highlights them against vertical expanses of colour and light… rendering them as flapping, unfurling, enfolded forms.” (1)

Reflecting a shift in the national psyche, imbued with vitality, whimsy and delight, Hanly as an artist was directly informed by summer and sunshine. In expressionist image-focused work he built visions of paradise, geographically and botanically reflective of the Pacific.

Sensual, vivid and animated, Hanly’s plural images, ambiguous narratives, iconographic language and geometric design forged an organic form of abstraction while resolutely articulating a humanist point of view, mixing the romantic and lyrical in a conversation about necessary truths. 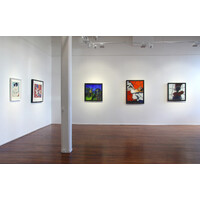 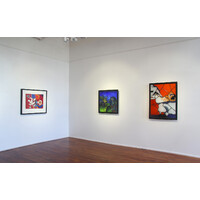 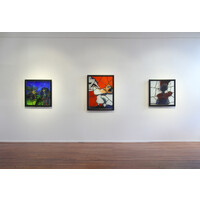 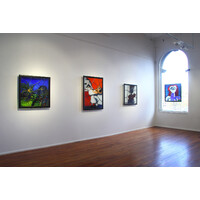 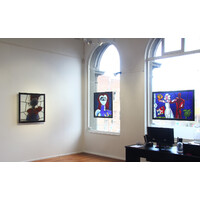 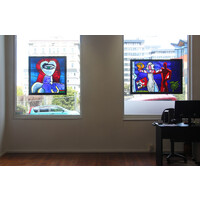 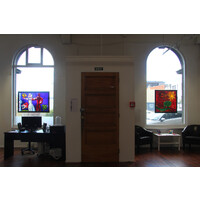 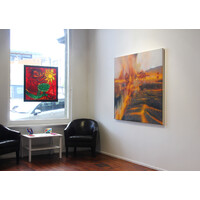