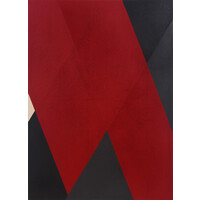 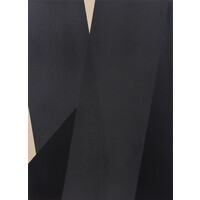 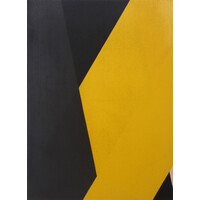 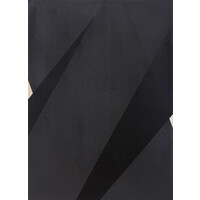 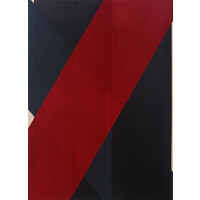 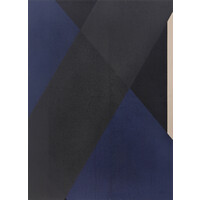 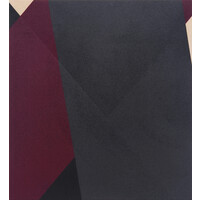 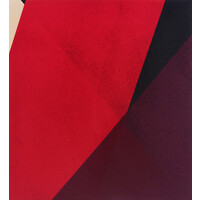 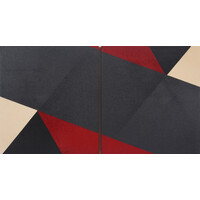 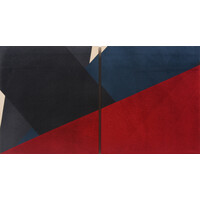 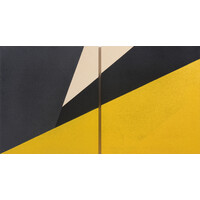 Leanne Morrison’s newest body of work carefully considers the way in which physical and visual parameters are used to construct - arrange - a painting in a spatial and conceptual sense. The paintings in Construct/ed are relational spaces that have been carefully composed by bringing together elements of shape, medium, colour, and materials.

Morrison’s controlled, precise practice has always pushed the shifting boundaries between painting and object. On one hand, her works acknowledge the visual illusions created by painted compositions on a flat surface. When Morrison selects a colour, she is aware of how it will appear to recede into an imaginary background or fill the space of a foreground; her choice of shape and angle will suggest movement and direction.

On the other hand, Morrison refuses to deny the object-ness of the paintings. The unpainted spaces left in Notch and Yellow Cut-out are reminders that the artworks are constructions of paint and canvas and wood. While the depth of the acrylic and enamel layers might be measured in mere micrometres, they clearly possess a physical three-dimensionality, seen in the way they interact with the woven structure of the canvas and with one another.

All of Morrison’s paintings are arrangements of paint, form, and colour, but it is her diptychs that most explicitly address their constructed nature. The combining of two elements is integral to the very definition of a diptych and Morrison takes care to emphasise the separate parts of each. On the wall, the gap between each panel ensures that any illusion of the painted surfaces extending across a single plane is fleeting. By folding colour around the edges of the stretchers, the singular physical attributes of each canvas are unavoidable - as is the fact that they exist primarily in relationship to the other.

Leanne Morrison’s Construct/ed paintings are cohesive and beautifully balanced. The physical and material elements of each canvas are intrinsic to its conceptual foundations, and each artwork is many times more than the sum of its parts. 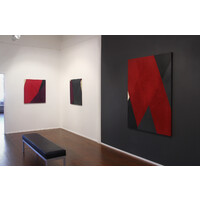 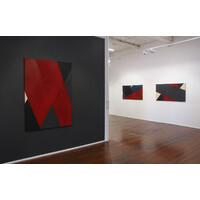 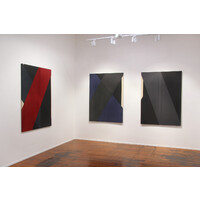 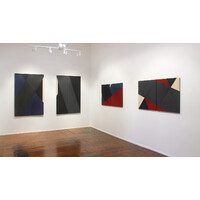 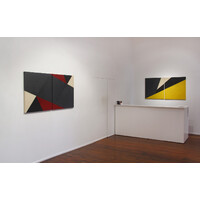 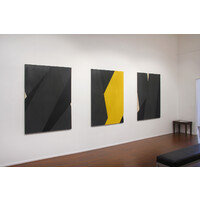