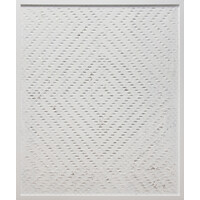 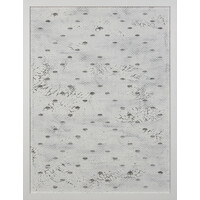 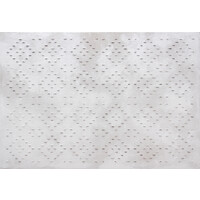 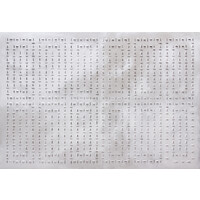 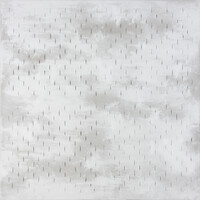 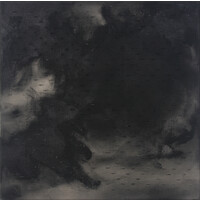 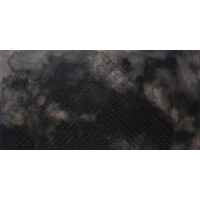 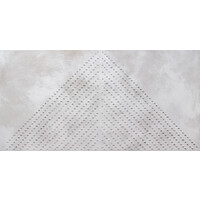 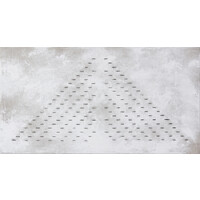 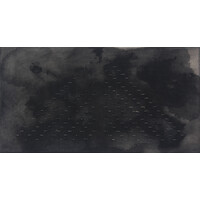 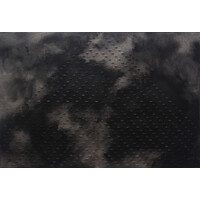 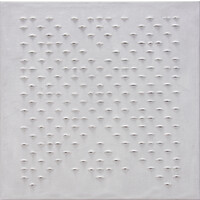 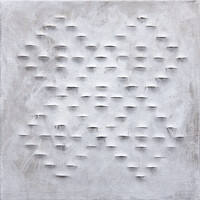 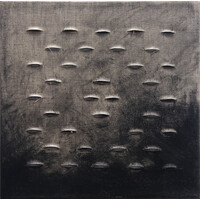 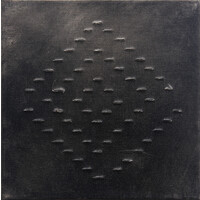 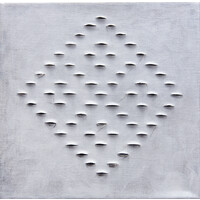 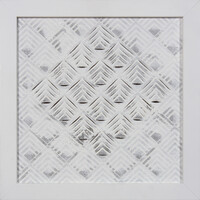 “It is not an accident that these works are visual metaphors of my Pepeha. My Pepeha is me”.

This intensely personal body of work from Peata Larkin developed out of time she spent on the other side of the world. As an artist-in-residence in Solothurn, Switzerland in 2019, Larkin became acutely aware of the physical distance between herself and her whenua, and this led to an extended exploration of how disconnection and dislocation can be spiritual as well as physical.

With Māori and Pākehā whakapapa, Larkin has described how she felt her own identity always slipping and sliding: her place to stand never felt truly secure. The entwining of the physical, conceptual, and spiritual is integral to this body of work. Black and white paint is rubbed into the fabric to create shifting grey layers and clouded forms, against which Larkin’s cuts are stark and decisive. As she slices into these surfaces, the artist is metaphorically and literally “making her mark”. Referencing taniko, raranga and whakairo patterns, the incisions become indelible parts of the structure of the work in the same way that Tūwharetoa, Tongariro, Tauhara, and Rotorua are elements of Larkin’s identity that cannot be separated from her.

Coming to PEPEHA with no knowledge of Larkin’s practice or of Te Reo, viewers might first intuit how the painterly elements of form, colour, medium, and texture reference modernist traditions of abstract painters such as Agnes Martinand Lucio Fontana. In Ko Tūwharetoa Tōku Iwi, it is the complex surface manipulation that immediately strikes the eye. Subtle patterning and layers of paint that have been rubbed in and scraped back have produced a rich textural plane that is then disrupted.

Each cutting gesture is one of controlled violence as the warp and weft of the underlying fabric is sliced, damaging the integrity of the weave. With the very first cut she makes, Larkin denies any illusion of the painted picture plane, emphasising instead its physicality, its object-ness. It is intriguing to hear Larkin talk about the physicality of the process involved in the creation of these works; her own somatic experience becomes embedded into the somatic narrative of the series.

In PEPEHA, Larkin celebrates the inalienable relationships that exist between herself and the whenua. Seen in isolation, the artworks embody the artist’s thought processes and actions, and tell a story of painting and practice. When given their names and histories, metaphorical stories told in pattern and colour emerge. Both are the stories of Peata Larkin herself. 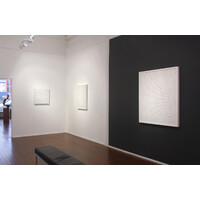 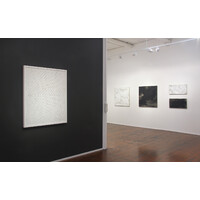 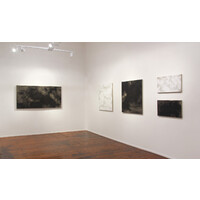 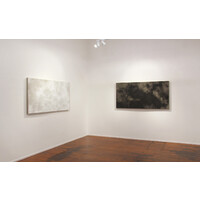 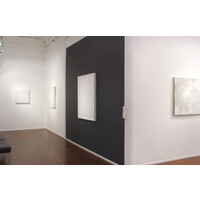 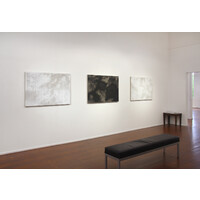 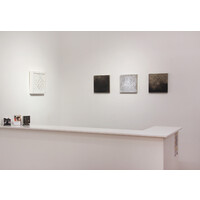