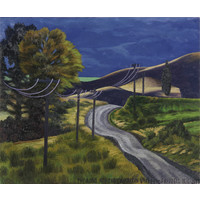 The Road Into the Cambrian Valley (2019) 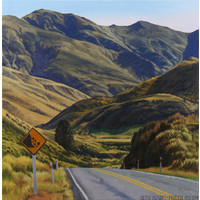 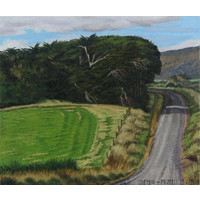 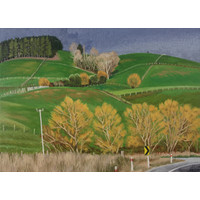 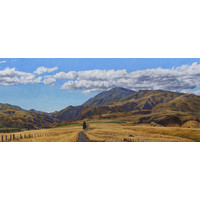 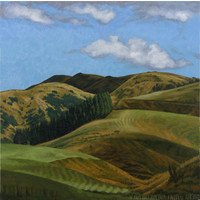 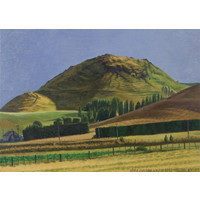 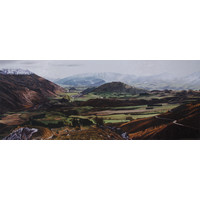 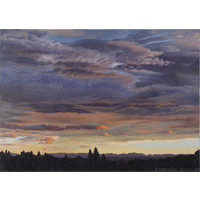 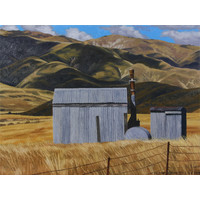 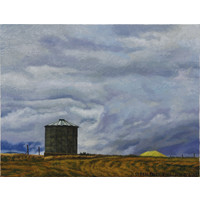 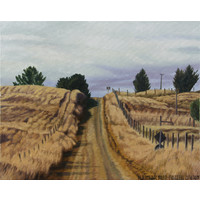 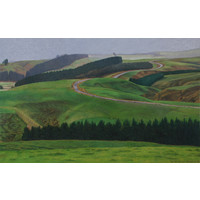 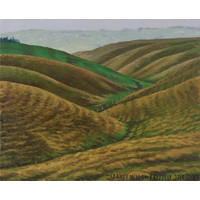 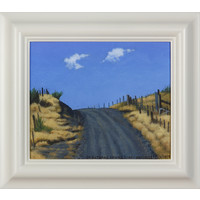 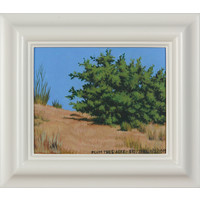 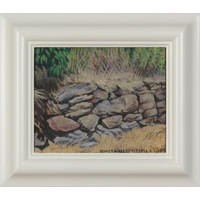 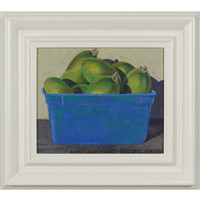 There is a cinematographic quality to Dick Frizzell’s new body of work, Out of Alex. Drawing on the time he spent as artist-in-residence at Henderson House in Alexandra, the artist’s canvases recall wide-angle, medium, and close-up shots which, like a storyboard, set up a narrative that flows through the series. Each ‘frame’ is part of a larger journey but at the same time contains its own backstory, one that depends on the viewer for its telling.

In Frizzell’s Alex paintings there always seems to be a corner just ahead, a hill to crest, a gully that beckons. His canvases evoke memories of interminable car rides - and the feeling of being “not there yet”. Instead of treating the passing countryside as secondary to the destination, Frizzell freezes single moments of the journey and in doing so, elevates the ordinary to the noteworthy. Paintings such as Orepuke and Old School Road are the antithesis of the grand tradition of New Zealand landscape painting. These are not Van der Velden’s turbulent Otira Gorge or McCahon’s symbol-laden Northland Panels (1958): Frizzell’s paintings are rather depictions of innumerable instances that pass by largely unnoticed, but which remain instantly recognisable, despite the passing of years.

Frizzell captures intimate, familiar relationships between people and land; his works speak directly to the remembered mental - and physical - experiences of each viewer. The green-golds of Late Sun elicit memories that span more than just the visual, they capture the chill scent of approaching dusk and the edged warmth of low-slanting sun-rays. The painter’s brushwork brims with energy in Silo and Sulphur and the mundane realities of farming life seem charged with import. The curved lines of the paddock focus the eye on the unnatural glow of the sulphur pile and mimic the silo’s regular form. The swirling, violet-tinged cloudscape hints at electricity in the air and the entire canvas seems on the edge of movement.

The wide-angle ‘lens’ used in Mt St Bathan’s from St Bath’s Road and Wakatipu Basin is a visual trope often used to capture the seemingly unending expanse of the regions depicted. In both paintings however, Frizzell limits the power of the landscape to overwhelm the viewer and by looking down and across the view, the viewer (and artist) controls the gaze and the framing of the land. This is reinforced by the unavoidable evidence of humankind’s environmental bootprints; the fenced sightlines and rogue wilding tree in Mt St Bathan’s and the denuded hills and gold tailings in Wakatipu Basin reveal decades of human intervention.

It is the way we live in the land that Dick Frizzell explores in Out of Alex. He paints unsung, everyday moments and in doing so asks us to take the time to see their unsung, everyday beauty. 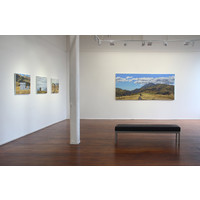 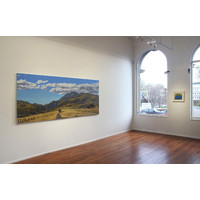 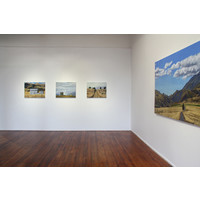 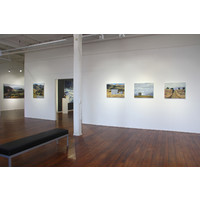 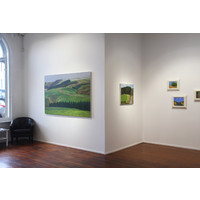 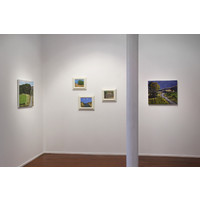 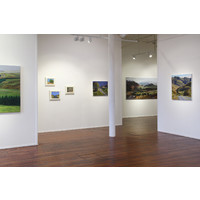 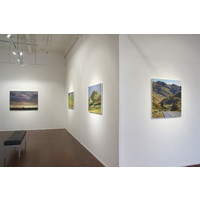 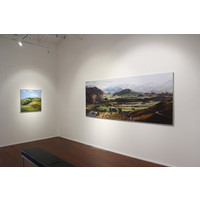 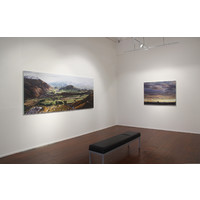 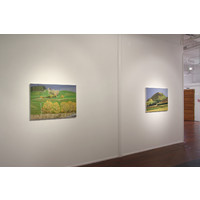 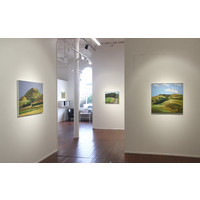