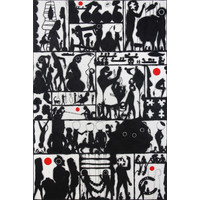 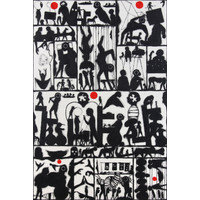 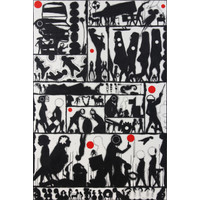 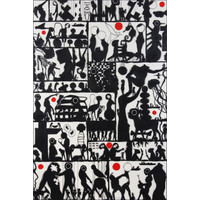 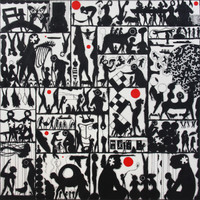 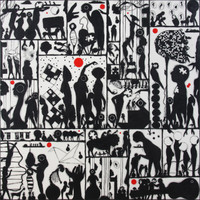 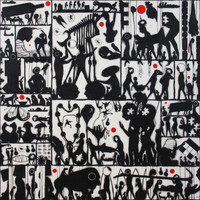 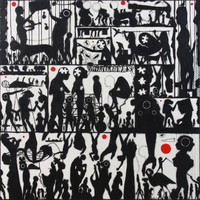 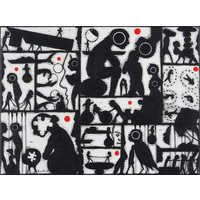 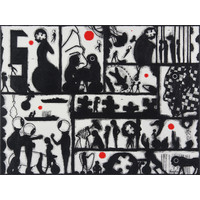 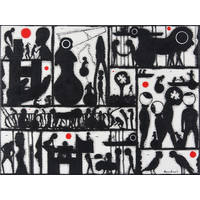 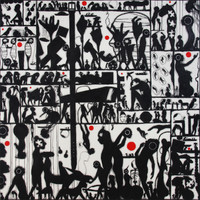 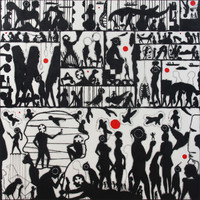 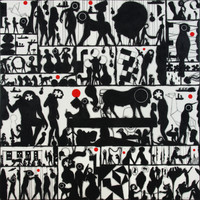 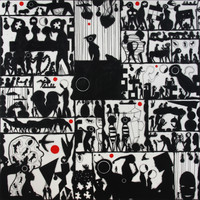 For many years now, Andy Leleisi’uao’s paintings have depicted worlds and communities that seem to exist outside time and history. Embryonic Uslands reinforces the idea of a primordial landscape populated by beings endlessly engaged in activity whose ultimate object eludes us. As if chained in Plato’s cave, our only clues to this world are the shifting shadows we are allowed to see.

Leleisi’uao’s canvases are an organised tumble of riddles, puzzles, and conundrums. Scale seems to follow no rhyme or reason, figures are at home upside down or floating, arms sprout from heads or the ground. It soon becomes clear however, that these elements are not intended to be viewed in isolation, each only gains meaning in the context of another. A single jigsaw-headed being is an anomaly, many such creatures are a community. The familiar black silhouettes may be distinguished by size or shape or role they play, but they are not wholly individual. Each shares a commonality with the others and while they inhabit discrete spaces, the populace of each painting operates within an overarching set of visual ‘rules’ of repetition, form, and colour.

In much of his work, Leleisi’uao’s painted worlds have been composed using strata that run horizontally from canvas edge to canvas edge. As with a page, the eye would scan side to side across each linear layer, reinforcing the sense of reading a language of glyphs. The composition of the works in Embryonic Uslands however, is more akin to that of a comic book. The artist’s disruption of a predominantly linear composition frees us from the gentle compulsion to ‘read’ the painting from left to right, and top to bottom. Being able to de-construct and re-order Leleisi’uao’s visual script provides a way to uncovering hidden and alternate meanings.

Each square or rectangle frames a moment of life or ritual and while we can see their connectedness to one another, Leleisi’uao only gives us part of each narrative. References to partial information are embedded throughout the works. Some are simple to spot – Nascent Walk alone features single chess and jigsaw pieces, as well as an unsolved Rubik’s cube and an incomplete skeleton. Metaphors of pupae, and furled and swaddled figures/creatures suggest that some pieces of the story are still in their embryonic form and unready to emerge. 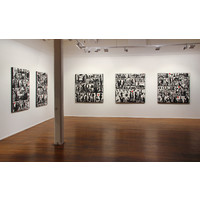 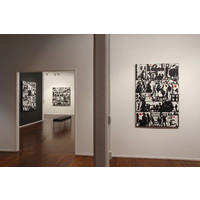 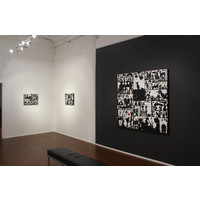 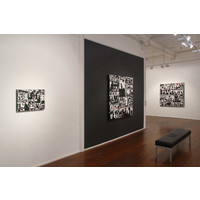 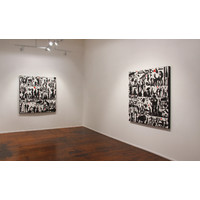 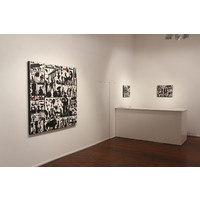 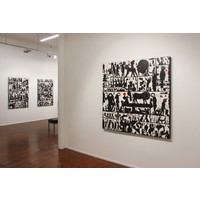 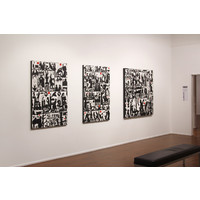