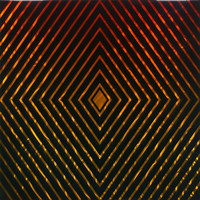 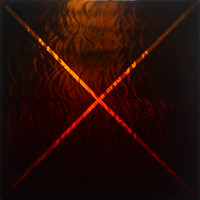 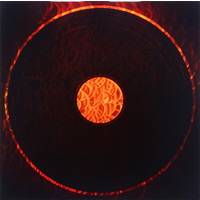 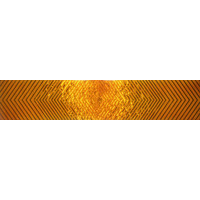 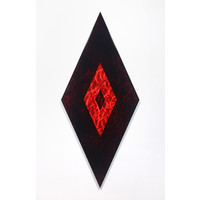 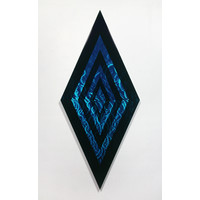 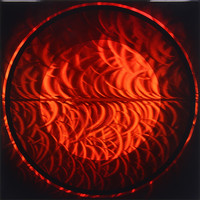 Mauri Ora references the life force that flows through the past, present, and future and Israel Birch’s works are visual representations of the spiritual, physical, and emotional connections that bind people together.

Birch uses the language of abstraction to illustrate elements of whakapapa: right angles suggest peaks and ridges of ngā maunga/mountains; continual flickers of light mimic the never-ending movement of ngā awa and ngā moana. The concentric lines in Mauri Tu, Mauri Ora and Mauri contract and expand around a central point, like the ebb and flow of breath or the endless cycles of the seasons.

The narrow, diamond-shaped forms combined with the considered use of broad dark bands focus the play of light in the Whatumanawa works. The central lozenges of colour oscillate as the eye reacts to the shifting reflections - an apt optical metaphor for the works whose title translates as the seat of the heart / mind / emotions.

Beneath the regular geometry, Birch has laid down organic, swirling shapes in the steel surface. These whorls leap with refracted light and shift back and forth, escaping the two dimensional confines of the surface. They are the mauri of the artwork, the ineffable energy that breathes something into life. Reflected in the polished surfaces, the viewer becomes part of the artwork’s story. 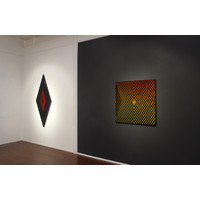 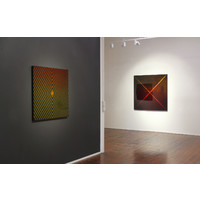 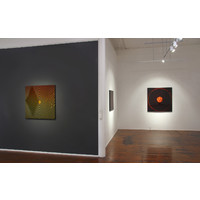 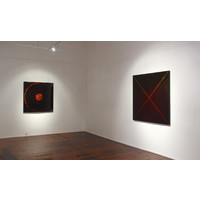 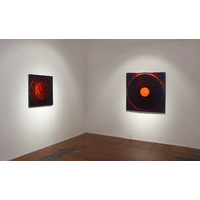 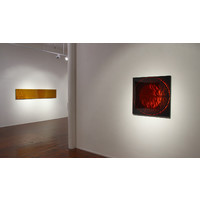 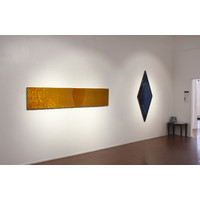 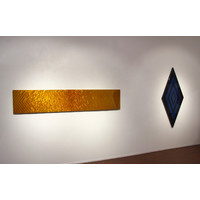