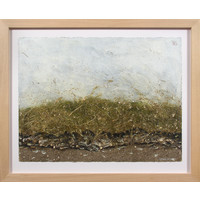 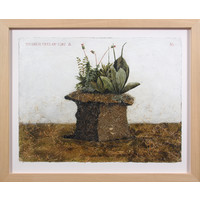 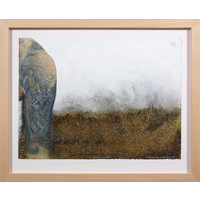 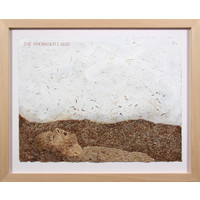 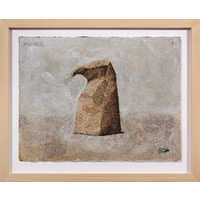 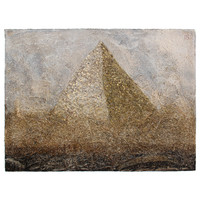 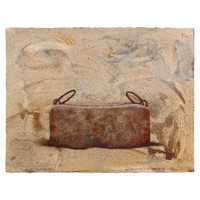 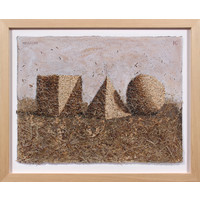 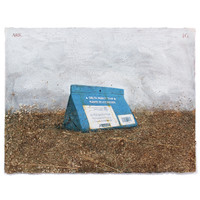 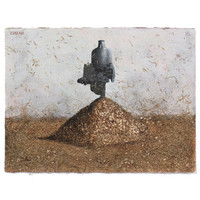 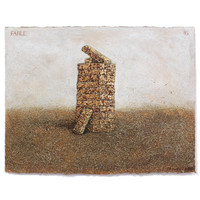 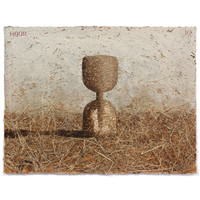 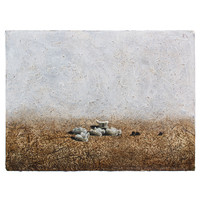 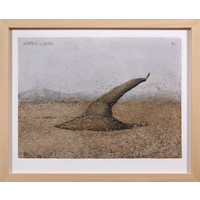 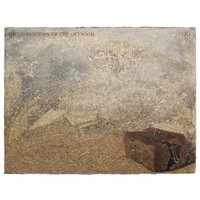 The Cornerstone of the Octagon (2016) 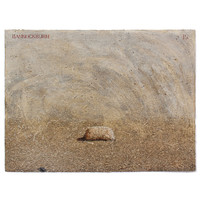 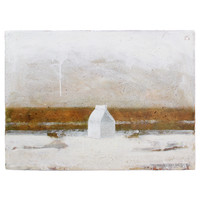 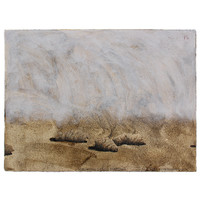 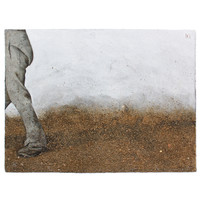 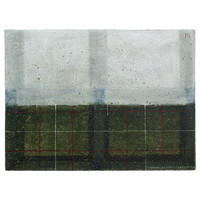 Michael Shepherd has long been interested in the ecosystems of New Zealand. But while earlier works raising issues about the land were images that depicted human intervention, a suite in 2015 and 2016 seem almost to enact it. Shifting from the painstakingly nuanced oil glazes of his earlier canvases, in 2010 Shepherd began exploring the freedom of quick-drying and infinitely versatile acrylic paints, which could create thin washes, spatters or heavier scumbles. Beyond this variety of application, in his latest series Shepherd works in mixed media, the polymer emulsion happily uniting with other materials. Sand and clay, grass and straw, seeds and cereals are worked into dense impervious surfaces. The medium becomes a metaphor for the past and present of South Island grass plains, where the burning off by early moa hunters, but particularly the settler drive to make New Zealand the bread basket of the United Kingdom, devastated native ecology. Agricultural economics, whether in the development of crops or pastures, outplayed passion for the ‘purity’ of New Zealand’s landscapes – only a miniscule percentage of the original biota remains.

Yet, although they offer a clear environmental commentary, Shepherd’s paintings are not didactic. The paint surfaces are too seductive to be moralizing. The contiguous surfaces do not create an undifferentiated sameness: each of the works houses a discrete image, and his customary sense of irony and word-play lends a lighter touch. Some conjure up the Scottish heritage of Otago (and Shepherd himself), such as Bannockburn; others iconic New Zealand forms, such as Gandalf’s pointed hat in Middle-Earth; yet others boyhood memories, such as the engine carburettor he worked on with his father, here transformed into an incongruous symbol of the goddess Ishtar. There are references to many belief systems: a monumental paper bag with tiny grasshopper, entitled Parable; a tower of muesli bars called Fable; a Food Pyramid that evokes Ancient Egypt; the Old Testament promise that Jacob’s descendants would populate the earth in his dream on Jacob’s Pillow Stone, which the Scots were to identify as the Stone of Scone, The Cornerstone of the Octagon.

But if these works mark a new direction in Shepherd’s work, there are aspects that tie them to his earlier oeuvre. He remains engrossed with the power of his medium, and also with the mathematical ratios that create compositional harmony – seen in the solid cube, pyramid and sphere of Measure, and the proportional measurements defining the subdivision of the plains as much as the picture plane in Fhearghuis in Otago (4 Field – 4 Fold), that humorously reference Scottish tartan. We also find Shepherd’s unchanging admiration for historical art, when he pays homage to Dürer’s The Great Piece of Turf. But Shepherd’s sod of turf is a New Zealand one, and reveals the almost total replacement of native by imported plant forms.

Significantly in these works Shepherd takes issue with the received aesthetic of New Zealand landscapes, their ever-present horizons and clear contours of hills and mountains blurred by a maelstrom of dust and spores. In one shockingly compelling work, a supine female form suffocates, submerged in a sea of grain – perhaps it is the demise of the earth goddess, Māori Papatuanuku or European Gaia. Is this The Promised Land?
Elizabeth Rankin
September 2016 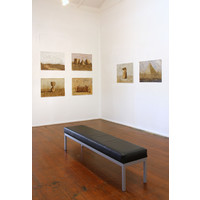 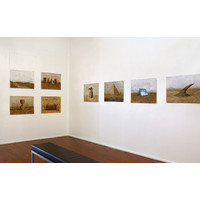 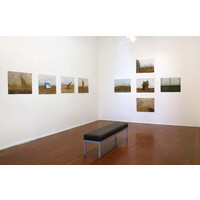 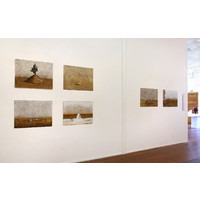