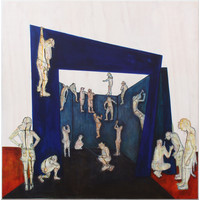 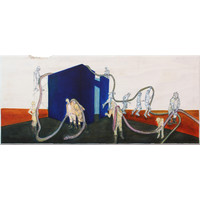 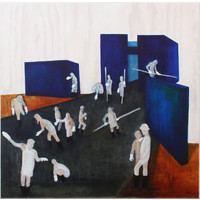 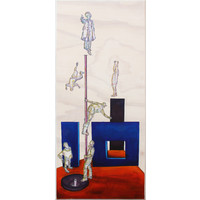 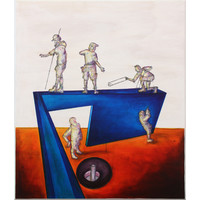 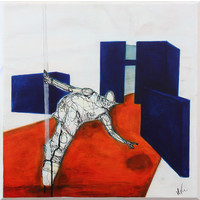 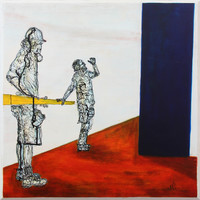 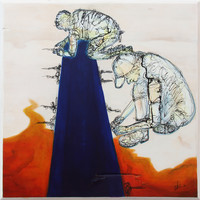 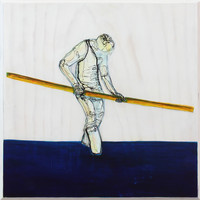 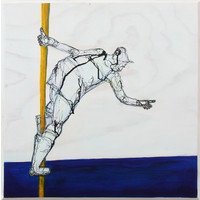 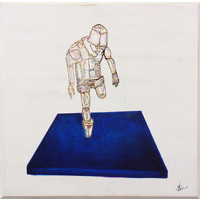 Men at Work is recent Elam graduate Teresa HR Lane’s second exhibition. All works are painted on reclaimed construction plywood and in that process Lane has used the organic patterns present in that material as a fundamental aspect of the pictorial surface.

Tensions abound: between the organic and linear; between areas dominated by flat use of colour and the representational drama of figures at work, hovering in space, and silent. Some areas are painted, others drawn.

Gesture, bodily disposition, indications of character and the explicit roles being performed on an industrial building site abound. Lane has choreographed events and tasks in her works like a modern dance. She locates the theatrics of stage drama on the building site. She twists scale, embellishes each event with (ever-present) risk and perilousness, elevating group function and individual roles to a subset of overall purpose. It is a team of separately functioning individuals, alike in manner and depiction: they are a family, a guild, ultimately united and inter-dependent.

Each work is comprised of disjointed elements, presented in isolation or fractured into distinct areas and components. Space and depth are implied and ignored and revealed in every painting. 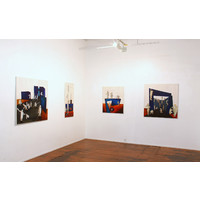 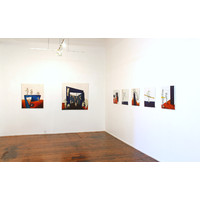 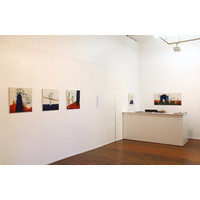