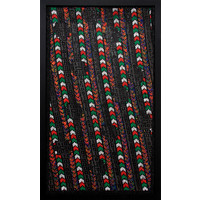 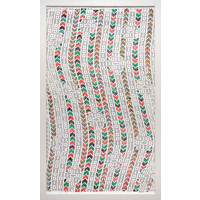 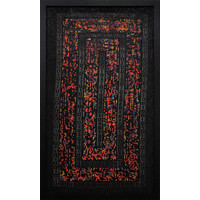 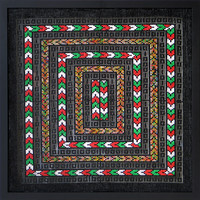 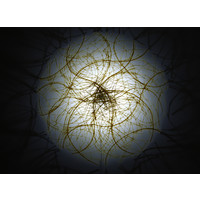 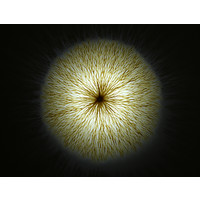 Woven is an exhibition of textures and light, uniting the ‘raw sophistication’ of David Trubridge with the abstracted weaving patterns and tactility of Peata Larkin.

David Trubridge needs no introduction as an internationally acclaimed furniture designer. He has also received extraordinary acknowledgement for his lights – including being judged best of the year in 2006 by the French editors of “Elle Décor” magazine. His designs are in the permanent collection of the Pompidou Centre, Victoria and Albert Museum and numerous others; he was listed in 2008 as one of the top 15 designers of the world.

Trubridge is exhibiting three brand-new, unique sculptural scale abstract forms. These are also delicate and entrancing lights. They are generically titled “Tipu” (meaning swelling or lump) and then further identified by the naturalistic reference that comprises the design language of each work – bush, grass, spiral.

Each work has profoundly different sensations, presence and shadow patterns. They have been made using a (sustainable) pioneering formulation made from plant material and NZ flax fibre. The works express their organic origins and naturalistic impulses with the overlays and lattice character of each work defining, interceding and fracturing the soft role played by light and shadow as the forms flow, spin and come to deepen.

Peata Larkin has risen to national prominence through building complex visual matrices that link the traditions of Maori weaving patterns to the morphing digital world. Her works explore the phenomenon of light and colour, using the sculptural qualities and tactility of paint.

All of Larkin’s five works in “Woven” are backed by clear plexiglass. A shadow play of weave and pattern occurs. The works seem to float or hover in space away from the wall. This quality is further enhanced by the receding and advancing nature of each work. There is duality everywhere in her work – metaphors of light and dark, the dialogues of old and new.