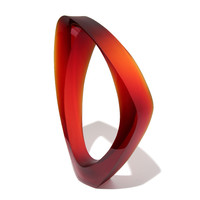 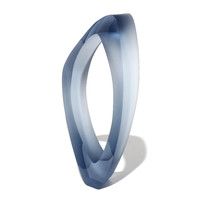 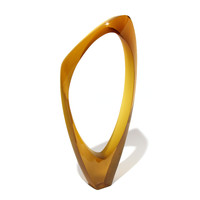 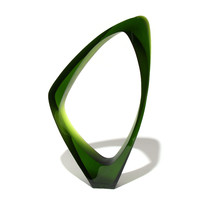 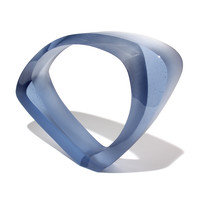 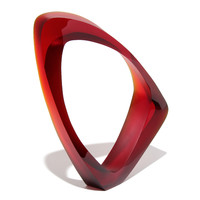 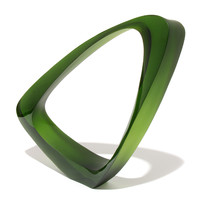 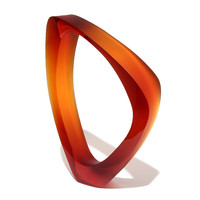 Cathie bends, twists and alters the bands and fluid forms dramatically. There is a significant interplay between glass density and mass, between tone and the constituencies of colour. Organic (as if free-hand drawn) lines declare presence inside and out. The differing surfaces of each O-void are worked in multiple ways with the direct consequences of the passage of light becoming altered and constrained and released. Visual paradoxes are built, beguiling qualities revealed, and we witness flux and dissolve where the O-voids seem at once to recede and advance while also undergoing rapid and radical changes in shape due to a changed viewing position.

The works in Contour have a noticeably aspirational quality – they stand up, reach and strive. They also collectively present a metaphorical language which directly references the Central Otago landscape and its distinctive seasons.