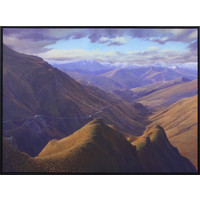 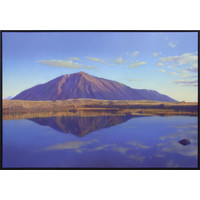 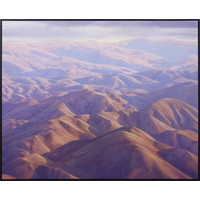 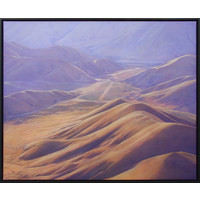 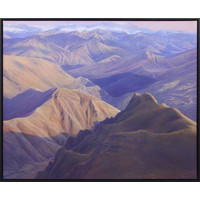 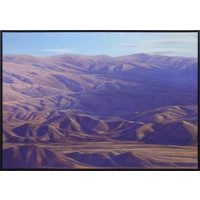 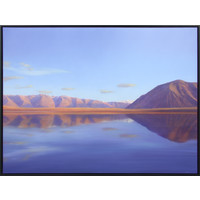 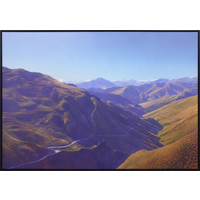 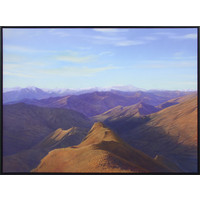 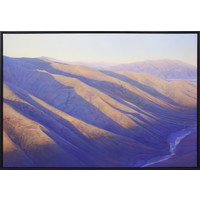 Magic Mountain and the Ahuriri (2013)

Bruce Hunt’s landscapes speak of distances travelled and forgotten places re-discovered. He combines an in-depth exploration of the bones of the earth with a soft-edged gaze that blurs any sense of time.

In previous bodies of work, Hunt has examined the specifics of place and The Longest Road continues this; he paints with exactitude, his vistas recognisable and true to life. What makes his canvases so much more than a recording of location is the sense of timelessness he brings to each work. Rather than a single, sharp snapshot of a particular moment, Hunt captures the enduring gravitas of the landscape. Hunt’s mountains and valleys appear as they have been, as they are and as they will continue to be. The reflections as seen in Ohau and the Swan Lagoon have existed longer than memory, and serve as a reminder of geological time, larger by far than the span of human generations.

The soft texture that suffuses Hunt’s paintings comes from his careful layering of thin paint washes over and again, building up velvety tones of colour and light. In Goodger Road and the Saddle (Lindis Station Above Geordie Hills) the artist’s under-painting with bright blues and purples glows through the surface, giving depth and life to the angled shadows on the hills and a tinge of menace to the clouded horizon.

Where Hunt introduces man-made elements to his vistas, they are often dwarfed by the topography surrounding them. Roads wind precariously around the edges of mountains and gullies (Cool West Wind - the Road to Skippers II) and sometimes they are barely glimpsed, sitting lightly on an intransigent terrain. Hunt uses them as a device to draw the gaze, asking the viewer to travel the long road through his painted lands.

Bruce Hunt’s The Longest Road refers not only to the transitory journey through a landscape but to the slow mutability of the landscape itself. Bruce Hunt’s considered, quietly magnificent paintings invite contemplation of the timelines of the land as well as those of the viewer.