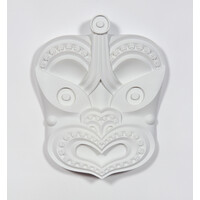 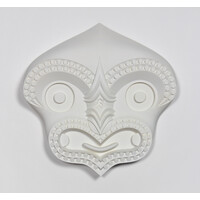 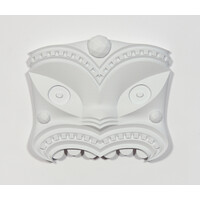 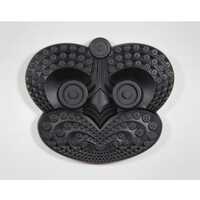 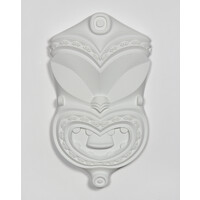 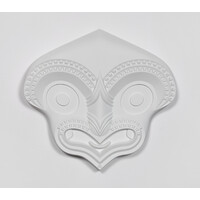 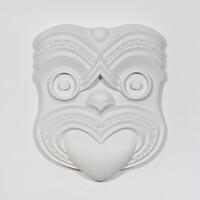 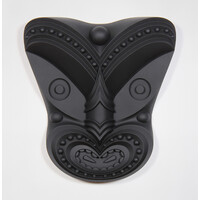 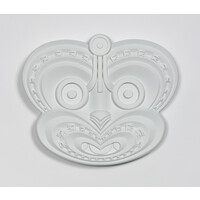 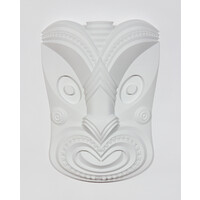 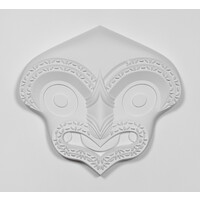 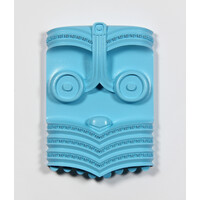 Kereama Taepa's brazen mixing of tribal design and cutting edge technology place him close to the forefront of modern Māori art. A multidisciplinary artist, Taepa has used tools such as immersive virtual reality and 3D printing alongside more traditional media like fashion and painting to create a look that is hypermodern yet still instantly recognisable as part of a long tradition.

In his current exhibition, Taepa has used the language of whakairo, Māori carving, but uses the modern tool of the 3D printer to produce his works. Taepa refers to this form of printing as "whakapī", to become a bee, in that, whereas whakairo excises material from a block, here the works are built up like honeycomb (1). That a neologism has been created for this blend of old and new is telling, and an indication of Taepa's own thoughts about the future of Māori art - not an art forever enshrined in museum practices, but one constantly evolving and adapting, refreshing itself to meet the challenges of a new time. In the artist's words, “Looking into the future, my major concern is how we may identify our kinship to these digital and virtual phenomena so that these technologies are not merely being used, but rather they are contextualised within te ao Māori itself.” (2)

Into this milieu, Taepa has injected elements from the non-Māori world. Most notably, he has suffused the mask-like designs with minute details in the form of images from classic video games: Galaga, Street Fighter, and Space Invaders. The nature of these video battles has been emphasised by the entitling of the works as Pākati, tā moko notch patterns which represent warriors preparing for battle. As such, Taepa has connected the recent past with tribal history, and also made a wistful but poignant comment on lost cultures, be they of traditional culture or of the more recent disappearance of the video arcade.
1. Artist's website
2. Kereama Taepa, "Kereama Taepa: Transmission", speaking to Ane Tonga, March 2020