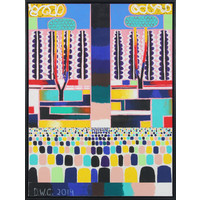 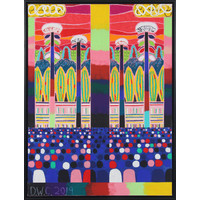 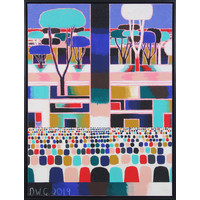 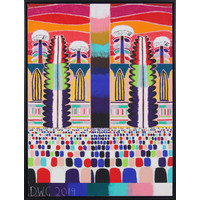 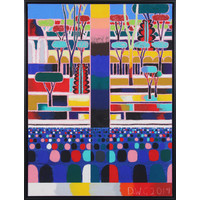 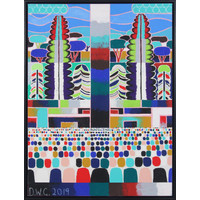 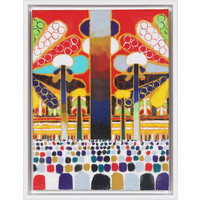 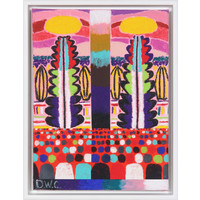 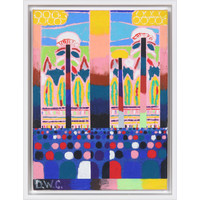 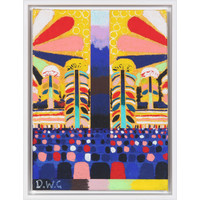 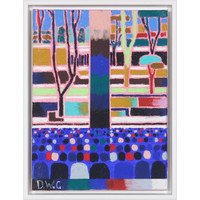 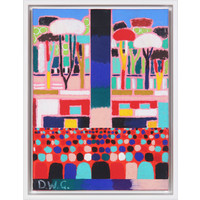 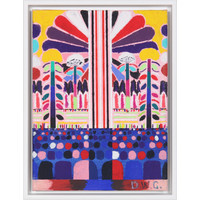 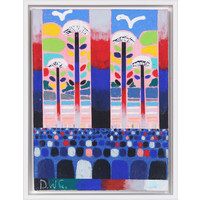 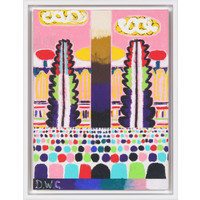 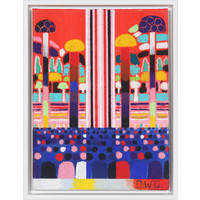 Within many regimented series, there is a wildness lurking beneath the surface ready to break out at any opportunity. So, it seems, is the case with Darryn George's art. George has been for many years associated with a rigorous abstraction, adapting classical key motifs with a South Pacific perspective, and in doing so he has created variations on the theme of tukutuku and koru kowhaiwhai. Words have been present as architectural elements within the works, providing both literal and structural meaning to the abstractions.

George's 2017 exhibition, The Crossing, hinted at change to this format, with washes of blue and black providing a background to his geometric forms but separated from them. In his latest work, George has largely abandoned the severe austerity of formal geometry, allowing his love for the world and for community to burst forth in abundant abandon. The artist has created Eden-like gardens of innocence, deliberately ignoring the "rules" learnt in art school and returning to traditional childhood art tools such as crayons and potato prints to produce images which have organically grown rather than being formally planned beforehand. (1)

There is still the repetition of pattern, but it has replaced the flax panel with the stained glass, symbolic abstraction with muted realism, and sombre earth tones with the warm joy of daylight. The geometry is still there, in the bold horizontals and verticals of the image, but the entire spirit is warm and welcoming. Words are no longer necessary as formal elements, but they are implied within the images and forms of the work.

The images defy easy pigeonholing. There is almost something of the dynamism of Joseph Stella's futurist-inspired New York, but with a bright palette more in tune with Matisse or Marc, and with a pinch of 1960s psychedelic pop art thrown in for good measure. As with Stella, the intertwined strands of community and religious belief can be found within these works, and it is the strength of community which shines through in paintings such as Māra #2 and Garden of Eden #42. In these works we see not a crowd but a congregation, gathered for a common purpose, in an exuberant cathedral of trees and giant flowers - the primal architecture of nature. The entire works resonate peace, ecology, and communal purpose.

It is sheer coincidence that the artist was painting these works prior to and at the time of the recent Christchurch mosque tragedy, but the united strength of the community shown in the aftermath of the attacks resonates deeply with the sense of belonging, whanaungatanga, and hope displayed in George's art.
1. Artist's statement, 2019. 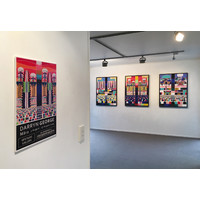 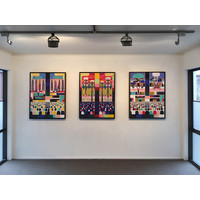 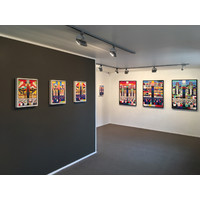 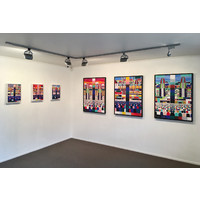 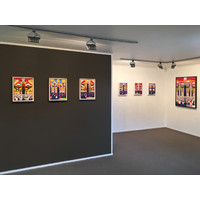 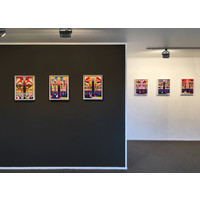 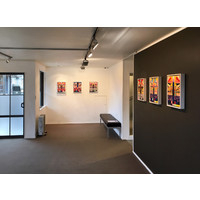 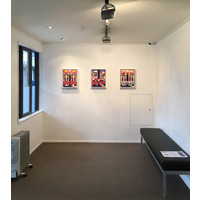