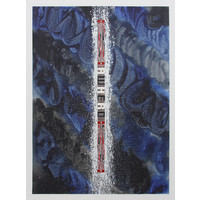 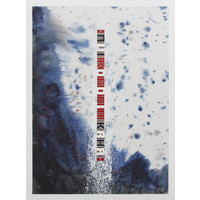 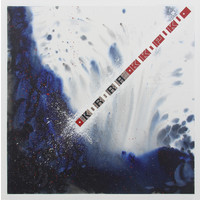 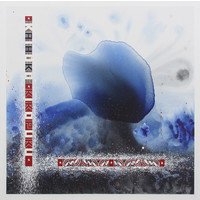 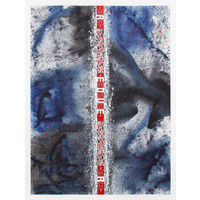 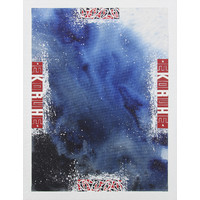 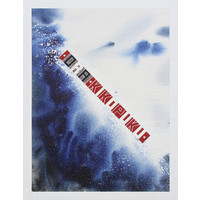 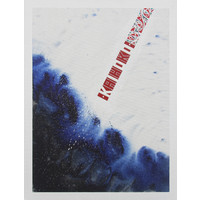 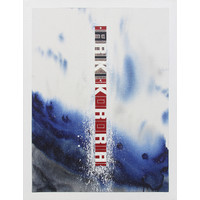 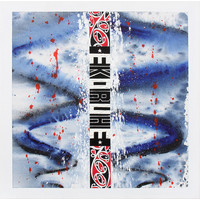 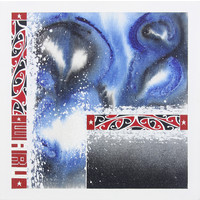 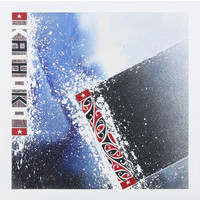 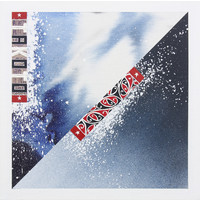 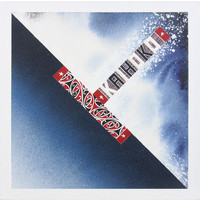 Darryn George’s latest exhibition is both a continuation of, and a step forward from, his previous exhibitions. A continuation, in that the same themes (the power of the word, Maori traditional art, and the teachings of the Bible) are evident, but also a step forward, with the artist’s formal abstraction now encompassing strong, nuanced colour. This latter trend was starting to appear in some of the chaotic flux which formed backgrounds for works in 2015’s By Appointment, but in this display it has been taken centre stage.

The Crossing takes as its inspiration the Biblical story of the Exodus of the children of Israel from Egypt. The tale of the escape from a land of oppression to a new future, with the Divine assistance of the crossing of a Red Sea laid bare of water by the word of God, struck a deep chord with George. It was a connection which manifested itself in many ways for the artist, all of which are touched on in these works.

Most clearly, the story tells of God’s salvation and mercy, but alongside that are thoughts relating to escape from adversity, especially as it relates to the rebuilding of George’s home city of Christchurch (1). There is also the historical connection that all New Zealanders, whether Maori, Pakeha, Islander, or Asian, are here because we or our ancestors made a successful sea crossing (2). It is a strand which binds us all together.

In The Crossing, we see a recurrence of the artist’s use of the word as power symbol, with naming as both an act of faith, and a manifestation of God (Christ as “the Word made flesh”). These Deified words become strong supports, the symbolic backbone of our spiritual world, here expressed in the colours and patterns of wharenui ridgepoles. In George’s latest paintings, these are placed against the subtle swells and crests of dynamic painterly seas of colour. The strong, gestural marblings of these watery backgrounds are separated from the words and koru by a foam-like spattering of white, as if to indicate that these forms have arisen from the depths as a safe solid path across the waters.
1. Darryn George, Artist Statement, 2017.
2. Ibid. 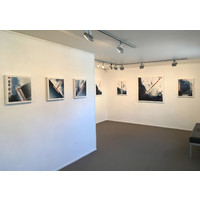 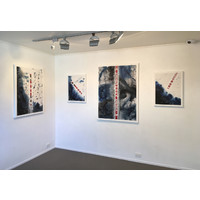 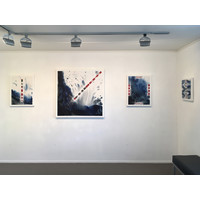 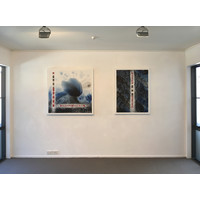