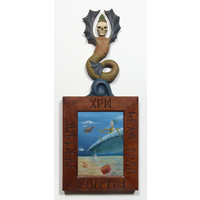 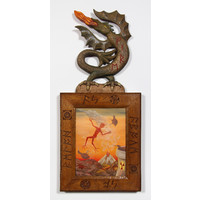 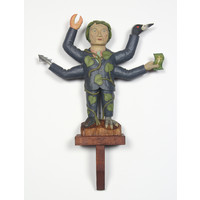 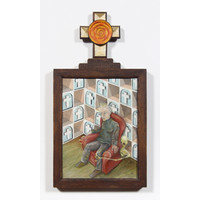 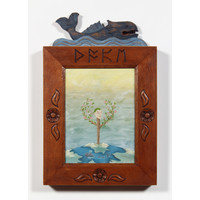 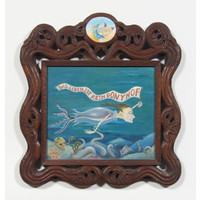 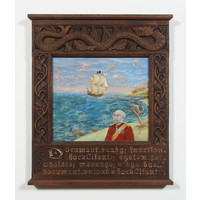 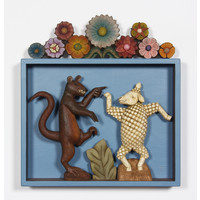 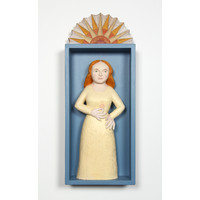 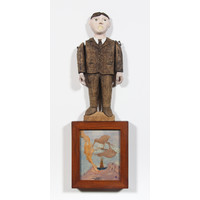 Harry Watson's carvings are altarpieces for a non-religious setting, speaking less of angels and deities, and more of the culture clash of colonial and post-colonial New Zealand. His icons, for that is what they effectively are, reclaim and re-create the country's history, but in doing so they subvert the normal narratives with tongue firmly in cheek.

Drawing on the past but with one eye on the challenges of the future, the artist has presented a country that is searching, hopeful but aware of the separation and loss felt by both settlers in a distant land and by the indigenous peoples displaced.

These complementing but opposing emotions are presented in parable form in "Anniversary", in which two species introduced by the settlers commemorate their arrival in the new land. Exotic species, introduced to add a touch of "the old country" to the new settlement, did and continue to do irreparable harm to the native flora and fauna, a significant amount of which has been lost forever.

No absolute interpretations of Watson's work are set in stone, however. The artist prefers to leave his images as puzzles for the viewer. Works such as Flood and Fire, with their surreal imagery, carved runes, and magickal - almost heraldic - crests, remain as enigmatic mysteries waiting to be unravelled.