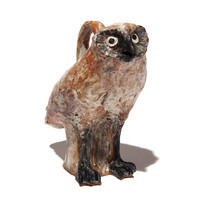 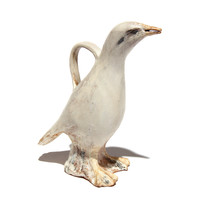 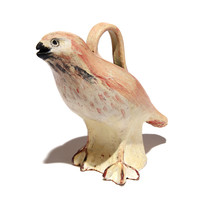 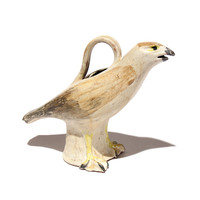 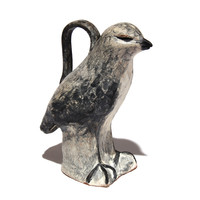 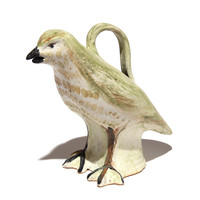 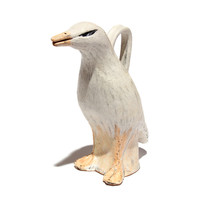 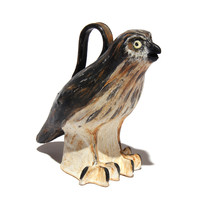 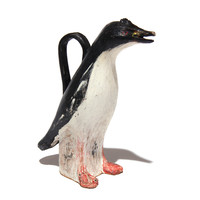 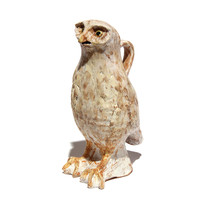 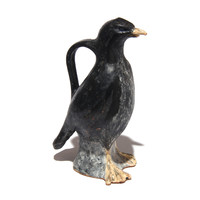 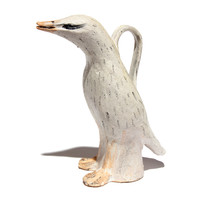 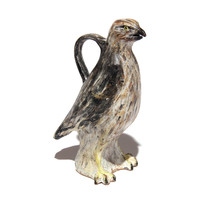 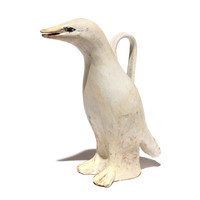 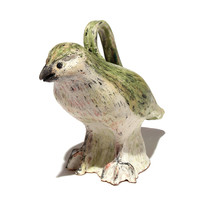 Katherine Smyth’s ceramic work has always explored the dual nature of the utilitarian and the aesthetic. Her art is ostensibly, and often actually, functional, yet this quotidian nature is often subsumed in its deliberately organic, character-filled qualities to the extent that it seems that its main function is decorative.

This is by no means a modern dichotomy in ceramic art. Early pottery was often given animal forms for reasons of religion or status, and that which was not still had beautifully crafted designs. Smyth, of course, knows this well, and her interests in ancient ceramic work is more than just a veneer. The artist’s wealth of knowledge in the history and archaeology of pottery is a prime motivation for much of her work, and she has deeply studied some of the earliest sources, exploring Bronze Age sites in the Middle East first-hand. As with such ancient artefacts, Smyth’s vessels are understated yet imbued with both character and a simple majesty, inviting touch yet also filled with their own almost sacred presence.

Smyth’s current exhibition follows naturally from her previous Zoomorphic works, which were inspired by the use of animal forms in Bronze Age pottery. In her latest works, Smyth uses a common ancient motif, the bird, creating strong, vivid works with names which punningly link their appearance to human personae. This gives them an often comical personality of their own, but one with a slightly sinister edge; birds are intelligent creatures, and ones deemed by early peoples to have supernatural or god-like abilities. Are we admiring these rough yet seductive vessels, or are they observing us?