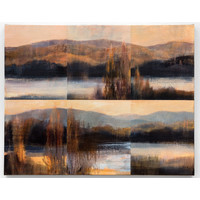 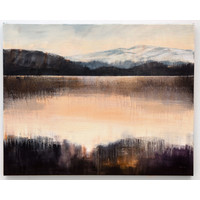 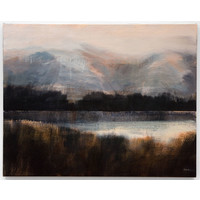 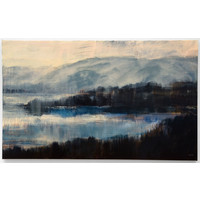 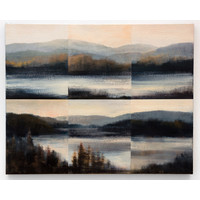 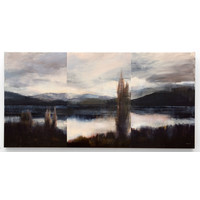 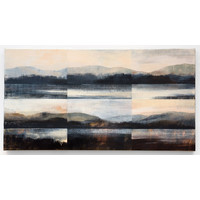 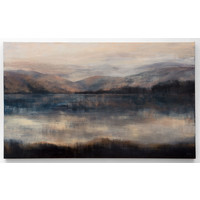 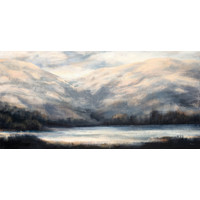 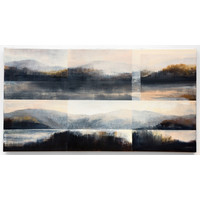 Rapture NOUN [1] the state of mind resulting from feelings of high emotion; joyous ecstasy. [2] (often plural) an expression of ecstatic joy. [3] the act of transporting a person from one sphere of existence to another, esp from earth to heaven. VERB [4] to entrance; enrapture.

Do we contemplate the landscape or experience it? Can the particular be generalised and still have meaning? Can parts – however disparate or segmented – become whole? What role does memory play in what we see and how we see it?

The paintings in Rapture could be of the South Island and the Central Otago Lakes District in particular. Just as readily though any viewer familiar with the Manawatu and Rangitiki river banks and landscape in autumn could come to believe and identify quite different places and locations. This ambiguity or multiplicity of place and how we interpret and feel what Rees makes us see commences the remarkable inter-relationship of painting and viewer which lies at the centre of how her work functions.

Elizabeth Rees’ mastery of mood, atmosphere and light has been identified by leading commentators as remarkable and outstanding. In key works such as Sapphire (2008) and Tourmaline (2008) the vantage position, lines-of-sight and palette are varied but take some while to become declared.

Elizabeth Rees has established a signature style of segmenting the landscape into separate elements and treatments. Rees allows, permits, seeks the sharp dislocation of line to intervene in ‘how we read what is being seen’ and this means she is informing ‘how we feel’. Works, such as Arrangement I (2008) or Arrangement II (2008) investigate aspects of the landscape through a mixed process of stacking and composing into squares and yet the differences established in each section of the work achieve overall coherence and are somehow or rather contiguous.

In Time and Place (2008) Rees plays with perspective whilst establishing a poignant poem of light. Rapture II (2008) has the artist intervening and altering again but in a noticeably more complex manner using the unmistakeable lilt of late afternoon light and the hues of autumn. Do these places exist? Before we place ourselves there? Are these places real or invented, or imagined?

Rees’ uses brush and cloth, puts on takes off and in this way the paintings are built.

Enigma is added, a straight line hovers lit with tension (Presence I, 2008), edges bleed up and down. A process of dissolve comes to exist in every painting.
All images and text copyright © 2021 the Artists & Milford House Ltd.