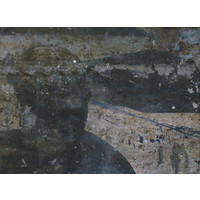 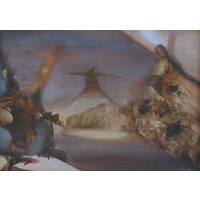 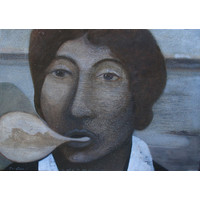 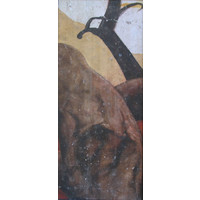 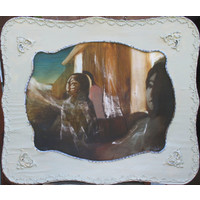 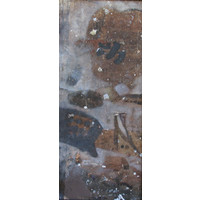 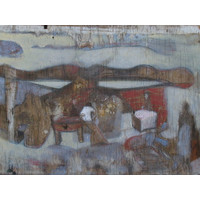 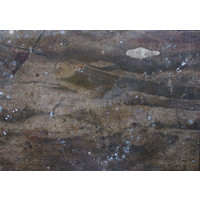 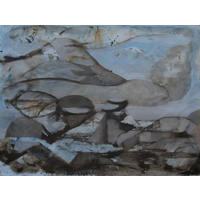 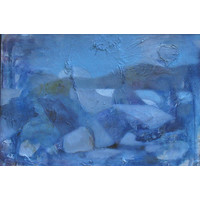 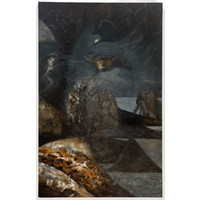 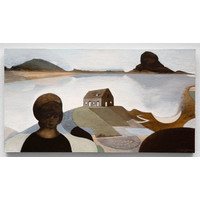 Increasingly in Scott McFarlane’s paintings things are immersed and revealed through a process of colour and shadow, and therefore events, people and place at first hidden come to blend from one to another. Equally emergent is that the underneath surfaces of his works are stylistically interposed into the top finish. His paintings’ surfaces are thus aged, built, marked or distressed, and by intervening in this way McFarlane ensures that texture comes to assert a fundamental role in how the work is viewed and sensed.

The landscape – its mood, form, history and spirit – locates the works and parables of place commence. The mythic, powerful yet soft “Submerge” (2008) begins as if a view out to sea until substantial metaphors of time and spirit develop. “Ray Nocturne” (2008) is a direct companion work that delves into the darkness of human spirit. In “Taimai” (2008) the layers of landscape give weight to the spirit figure flying above and to the air in front. “Flight” (2008) is a deceptively simpler work because of the role of line and a narrow palette yet once the visual rhythms assert numerous landscape vignettes coalesce and emerge.

McFarlane pursues the living force of the land and its spirit. He sources (and collapses) time and history, builds mythic event (North Otago Crucifixion, 2008). He states (Otago Portrait, 2008) that land and man are inextricably interconnected. Narratives of work and leisure exist in “New Year Akaroa” (2008) and “Pool Night” (2008).

“Taratara” (2008) is a homagistic work expressive of the Bay of Islands and features McFarlane’s (now) characteristic prophet figure speaking of love to the landscape. In “Magnolia Rita Angus Cottage” (2008) the unforgettable magnolia tree which awaits any visitor to her studio – or artist in residence such as Scott McFarlane - hovers protectively and symbiotically.
All images and text copyright © 2021 the Artists & Milford House Ltd.