The Dance of the Origin Series and Other Selected Works 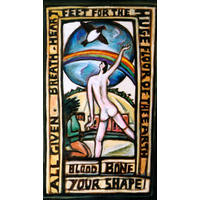 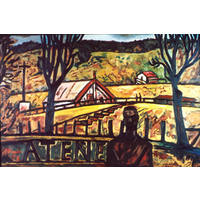 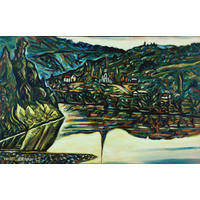 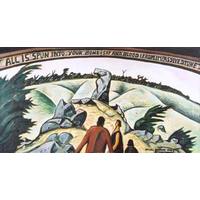 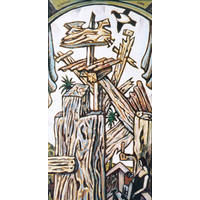 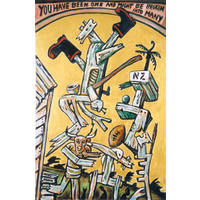 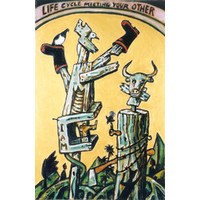 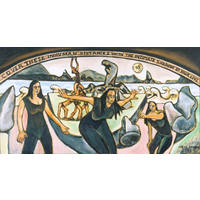 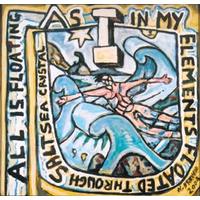 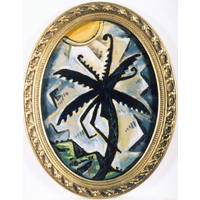 Nigel Brown’s outstanding Dance of Origin Series is about life on the southern New Zealand coast and also a response to Denys Trussell’s 1980 poem of the same name. There is a cast of dancers and characters that include animated scarecrows composed of weathered wood and the mundane detritus of the rural circumstance.

Brown “selects his symbols from the world around him, calling upon widely understood cultural references: gumboots, New Zealand birds, rainbows, rugby balls, the koru…” (1) and in this way “viewers of Brown’s art participate in the culture he is referring to.” (2)

There is a profound presence in this series of something important being built on what has gone before – culture founded on location, spirit, time and the language of iconic object. Out of this questions emerge concerning the fundamental qualities of New Zealanders and New Zealandness. The presence of music, celebration of life, wry incisive humour and the Southland specifics of location (Old Man Rock) add the particularity of detail and event.

But Brown’s constructions are revealed as precarious and the human figures in the scenes operate in relation to these structures or they are shown to be observing the landscape they are living in.

Also featured in this exhibition are four earlier paintings that remind us of the central vision and continuum of Brown’s work – it’s humanism and cultural breadth, the political and social consciousness. These dialogues and visual narratives reach back and forth between the artist and the viewer.