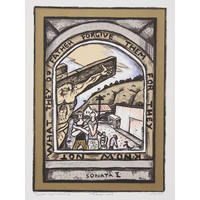 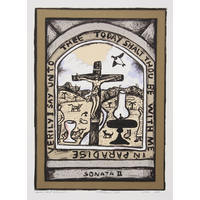 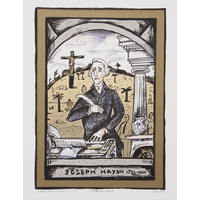 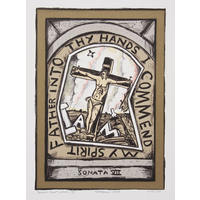 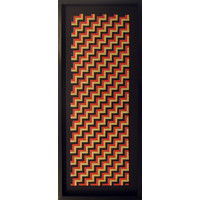 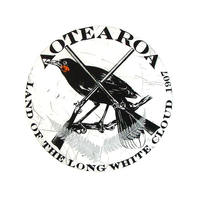 Alexis Neal Exchange for a Musket (2008) 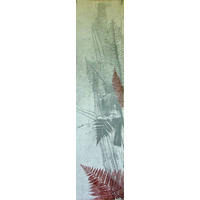 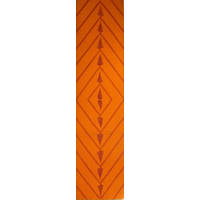 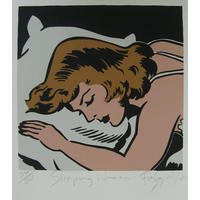 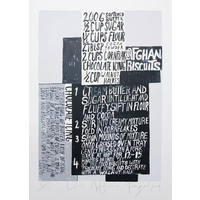 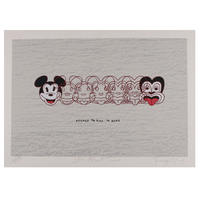 A strong sense of exuberance, humour, and nostalgia is clearly evident in Dick Frizzell’s bold sharp-witted slant on popular culture. The master of reinvention and pastiche, Frizzell returns to the comic book for inspiration presenting us with fresh yet familiar imagery in Freighter in Heavy Sea, Sleeping Woman and Reclining Woman. Red Haring V pays tribute to the radiant baby images of American pop artist Keith Haring while It’s About Time, a re-edition of Frizzell’s sought after Mickey to Tiki screenprint, features the renowned American icon Mickey Mouse metamorphosing into the Tiki form. Following on from his popular Hot Buttered series, Frizzell offers another New Zealand favourite recipe with Lisa’s Afghans.

Leading New Zealand figurative artist Nigel Brown’s presents a new suite of eight hand-coloured lithographs titled Seven Last Words. Commissioned by Chamber Music New Zealand to create a body of work commemorating the 200th anniversary of composer Joseph Haydn’s death, Brown has responded to Haydn’s ‘Seven Last Words from the Cross, Opus 51.’ Presented in a style similar to renaissance iconography, seven of the images represent a sonata from the opus while the eighth pays homage to the composer himself. Brown places Haydn’s music within the context of the New Zealand landscape and has added in his own characteristic symbols as well as references to mentor Colin McCahon. The gentle, solemn palette of yellow ochre, grey and gold on a warm black not only reveals a meditative quality akin to Haydn’s music but also embodies the bare tones of the New Zealand landscape. “The works reflect the tension between despair, loss, sacrifice and lack of understanding, and the gift of redemption, acceptance and hope through the crucifixion.” (1)

There is an intriguing level of hidden depth and complexity in Alexis Neal’s work. At the heart of Neal’s practise is an ongoing quest to define a place for women’s cultural identity. In her latest Whariki series which includes Matautanga, Neal in addition seeks to address traditional Maori whakapapa in a contemporary context. The combination of the traditionally female art forms Raranga Whakairo (traditional patterned weaving) and European tapestry reflect a blending of Maori and Pakeha cultures. Tukutuku II and Messenger are just two of the enchantingly beautiful etched and relief prints available from Neal’s In Loving Memory series. Exchange for a Musket reflects on New Zealand’s darker post-colonial social history providing us with a powerful reminder that the past is still relevant “look at what was lost, in exchange for trouble; what was lost in exchange for more loss.” (2)