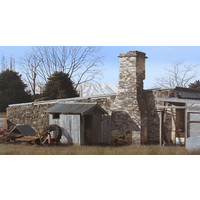 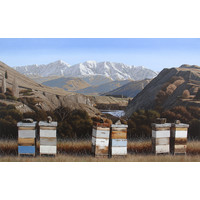 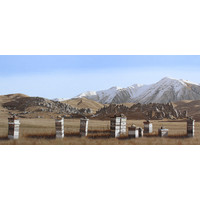 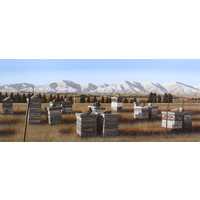 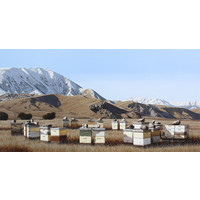 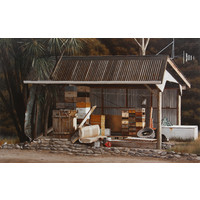 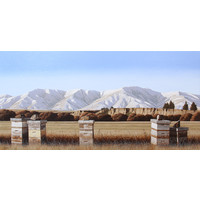 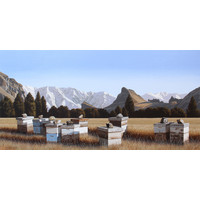 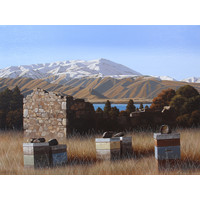 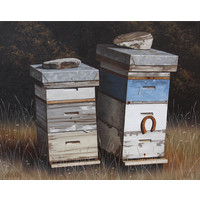 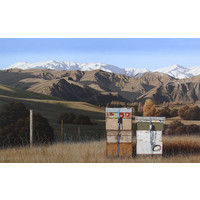 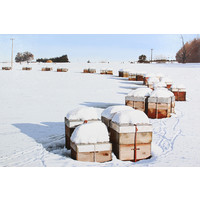 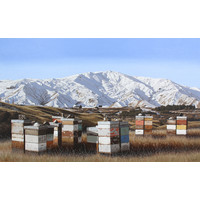 Michael Hight's studies of the New Zealand landscape, and of the place of the ubiquitous beehive within it, are a major ongoing exploration and one of the most recognisable and important extended series of works in New Zealand art. The images themselves, whether they focus directly on the hives, on the dilapidated farm buildings and rusting machinery which surround them, or on their place amidst the land, are a paean to a slowly vanishing part of the country's rural scene.

The beehive works as an extended and multiple metaphor. It represents the industry of the rural sector, and its transformative power - the alchemy of turning dull raw pollen into the refined gold of honey.

The importance of this little-seen facet of the country to our overall well-being is also implied, as is the gradual change of the country from a wild, open land to one dominated by concentrations of hive-like urban dwellers. It is also no coincidence that the term "beehive" in New Zealand has a further meaning, with its implications of urban, centralised government.

Hight's hives are, however, centred in the grandeur of the inland south. His pinpoint observations and depictions of rock and plant are as important to the scene as the linking compositional element of the beehives. There is a strength of place and the symbolic footprint upon it, a literal turangawaewae or place to stand, that says "this is my land". The structural composition gives the works a power and a sense of human presence, even though the images are uninhabited. In works such as Castle Hill Station and Cave Stream, the wooden frames act as a direct counterpoint to the rocky outcrops and snow covered peaks, implying a long-standing balance and harmony between the natural land and the symbiotic activities of human and bee within it.