The Thick and Thin of It 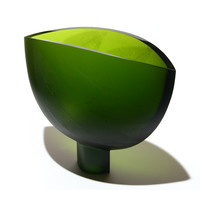 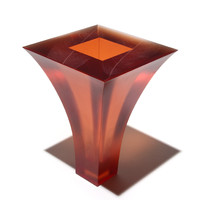 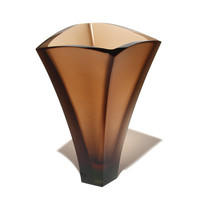 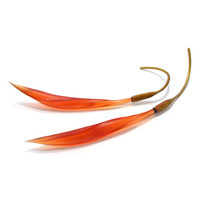 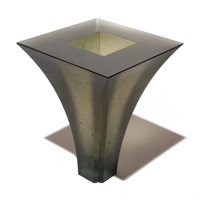 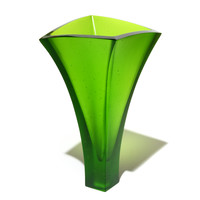 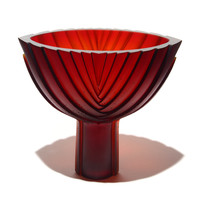 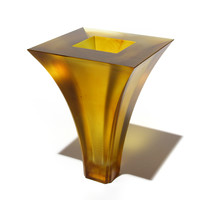 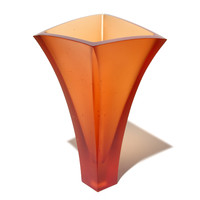 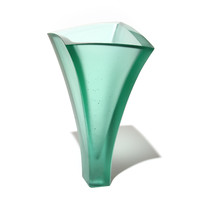 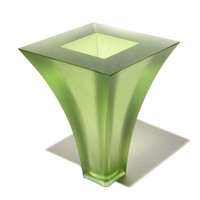 Ann Robinson’s exhibition The Thick and Thin of It is dominated by two new forms and features an important new development in her work.

The Geometric Vases sit within Robinson’s well-known, acclaimed, signature trademarks of imperious design and supreme form. What sets these apart from all that has gone before – even when the lineage is obviously sequential in nature – is that the role of glass mass (being dramatically thicker than all other previous works) has been elevated to being one of the primary factors in what we see and how we see it.

The top of these works have been polished, the sides acid etched. Light enters through the top and is then trapped as it moves about and engages the interior space. Colour coalesces and then breaks into the constituent components. Variable modulating tones develop, the internal space of the vase hovers in suspension as if independent of all else. The top seems to recede and come forward at the same time - a powerful sensation of infinity is established. At the edges – where the forms become thin, as they alter direction – light flares as if being squeezed out.

The form and design qualities of the Geometric Vases are determined by the interplay of three squares: one at the base, two at the top. Robinson connects these with curved rising edges and in this way the vase flares up and fattens out almost imperceptibly. A recessed leaf sits into the spine of the rising edges. This subtle, under-stated, naturalistic motif connects the work (and viewer) back to the fundamental impulse to all of Robinson’s works, the botanical rhythms of the natural environment.

Additional height has been introduced to the Curved Vases and the resulting gain of sculptural stature is real and very significant. The Curved Vases have acquired an aspirational quality with this extra height - the eye journeys up in an energy flow before then emerging out and going back down, thus becoming cyclical in nature as the process commences again. The palettes of the Curved Vases are soft and delicate, the form flares up and (depending on which side is being viewed) then spreads out.

The Curved Vases have a decidedly and surprisingly ambiguous nature because of these substantially different shapes and forms being revealed or hidden. There is also an expressionistic quality to these works where the outer edges darken like an outline drawn, inside which the soft colour waxes and wanes. This tonal density defines the vase in space and yet at the top it fades - becoming indistinct – as it alters into white light. This then is another variable, another consequence, of “The Thick and Thin of It.”

The Landscape Bowl is a well-known form of Ann Robinson’s but engraved on its outer skin for the first time is the skeletal form of a lacebark leaf. This forges a dialogue about decay and renewal, with the image acting like a tattoo inscribed into the (metaphorical) surface of the land. There is also a symbiosis between the leaf shape and structural pattern with (when viewed from above) the seed shape of the Landscape Bowl.

The top of a Rhubarb Geometric Vase also features lacebark leaves, bisected by the internal square, floating in suspension and hovering in the infinity of horizontal space.