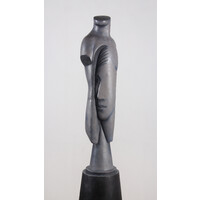 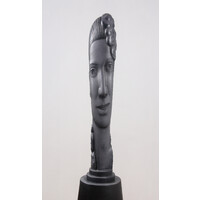 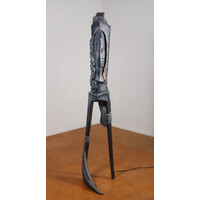 Candle Holder in the Wilderness (2021) 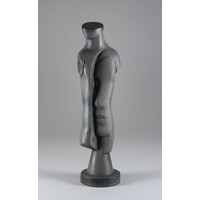 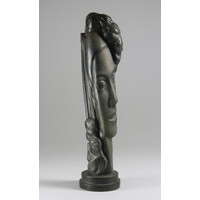 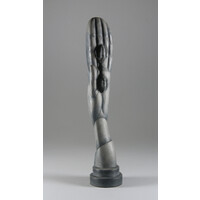 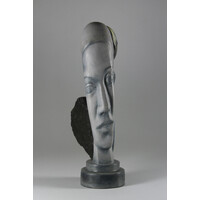 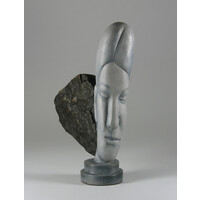 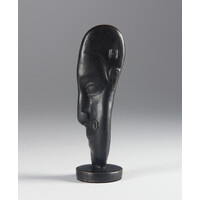 Terry Stringer's haunting, perplexing sculptures have long toyed with ideas of reality. His shifting forms, which reveal different facets as the viewer travels around them, are, in a way, analogous to the constant redefinition and refinement of what it means to be real and the essence of truth.

The current exhibition's title, Facticity, makes this exploration more tangible. Facticity is a philosophical term which, ironically, has several related but distinct meanings, all relating to the relationship between the perceived, the real, and the unexplainable. It is a concept which, though most relevant to twentieth-century schools of philosophy, ties in concepts as diverse as Plato's analogy of the cave and the early 21st-century political buzz-word of "truthiness".

The term is of immediate relevance to Stringer's art. The sculptor's chimeric and fluid works challenge us to ask what we are seeing and how we see it shift into something completely different. Stringer simultaneously plays with our concepts of sculpture. While the forms are clearly sculpted, their curves and depth are accentuated by the use of coloured wax; these are not "purely" sculpture in the normally accepted sense, but draw on other media for their impact. The addition of wax leads to sculptures with gentle gradients of colour, adding a fullness and roundness to the works. As a result, we no longer see the art as mere stone, but as living breathing entities.

Unsurprisingly, classical sculpture is the most important influence on Stringer's art, but these works also have echoes of more recent art. The ghost of Giorgio di Chirico haunts works such as both the maquette and large-scale Head in a Landscape, the work drawing in features of architecture and form in a way similar to the Italian master. Given this artistic genealogy and the underlying philosophical nature of both artists' work, it would not be unfair to call Stringer's work "Neo-Metaphysical Art".

It is the genealogy of our understanding of historical reality, however, that is the major guiding force in many of Stringer's works. We can only be aware of the past through the snippets passed down to us. We see classical sculpture as clean white marble, for example, whereas, as with Stringer's work, the coloured surfaces enlivened much of this art.

Stringer's surprising addition of sculpted fossil elements in works such as Thinking Time adds poignancy to this concept; we imagine a prehistoric past as if it was a constant brief period, brushing over the reality of it being an incomprehensibly long period of constant change. So too, we think of Classical Greece as a uniform short period of time, despite it lasting for over 1000 years of progress and tumult.

Stringer's art makes us think of all these things, and he does so with panache. There is a powerful virtuosity in pieces such as Possessed, a strongly narrative piece which also speaks to Stringer's love of the theatre. He prods us to question reality, to question our knowledge of history and existence. He creates mental puzzles that remain in the thoughts of the viewer which are simultaneously superb architectonic forms of grace and wonder.