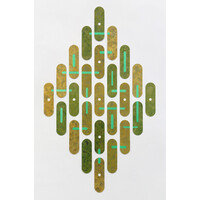 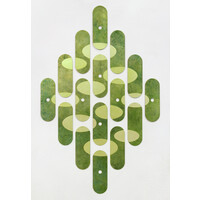 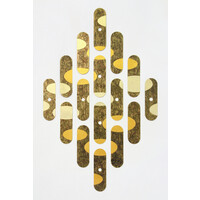 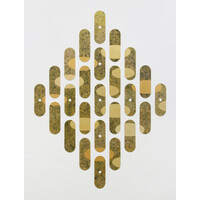 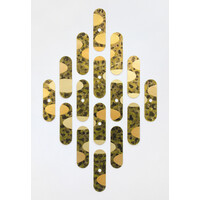 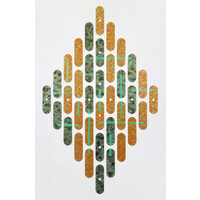 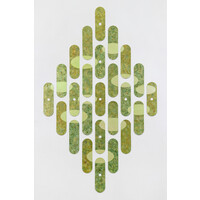 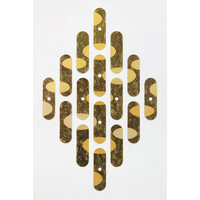 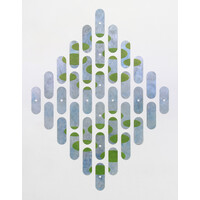 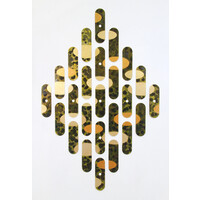 2020's year of pandemic has led to a reassessment for many people as to our lives and our surroundings. For Russell Moses, it was an opportunity to re-connect with the garden he created for himself and his partner several decades ago. The space became a sanctuary from the madness of our "new normal", a space where healing could be achieved through immersion in nature (1). Moses was reminded of his 2018 visit to Monet's garden at Giverny, a garden constructed by the artist for his own retreat into the natural world, and in turn the inspiration for Monet's own paintings.

The parallels between the two gardens have led to Moses' current series of works, Brave New World. Using two motifs from Giverny in stylised form — broad ovals of waterlilies and bold shafts of green representing the garden's man-made latticework — the pieces are contemplative suggesting the dynamism and interplay which occurs between the natural world and human attempts to bring order to it.

Moses has long been fascinated by this interaction, and the healing power with which nature eventually has the upper hand over human intervention (2). In the current works, the green latticework has a place that initially seems at odds with the more muted tones of the garden, yet they are eventually subsumed. The arrays of oval elements which form the works glow from within as ambient light is captured and reflected by the steel substrate, imitating the shimmering play of light across the surfaces of water and plant. Move around the works and the light changes with every step, as the light through a garden changes with time of day (3). The interplay of light is acknowledged in many of the titles, such as "First Light", "Daybreak", and "Sky pool".

The result of this use of light is to pay homage not so much to Monet's garden as to light itself. Just as Monet was a founder of impressionism, a movement whose primary purpose was to capture the reality of light's effects on surfaces, so Moses has explored how moments can be captured in essence by a particular serendipitous arrangement of light and colour. There is a sense of moments being captured, and instants transformed to memories, of light falling upon water and being split into a myriad spangling fragments. And if light is the chords to this visual symphony, the melodies and harmonies are provided by Moses' deft use of colour — shifting, melding, and blurring, it captures fragments of the essence of the natural landscape.

The panels, arrayed in lozenge-shaped patterns, give the light a sculptural quality, producing an illusion of depth which is made solid by the use of colour. The arrays are the image made flesh, calming yet mesmerising stained glass windows in a cathedral to the natural world.
1. Russell Moses, artist's statement, 2020
2. Linda Herrick, "Russell Moses at G2/FHE Galleries", New Zealand Herald, 9 June 2002
3. Russell Moses, op.cit 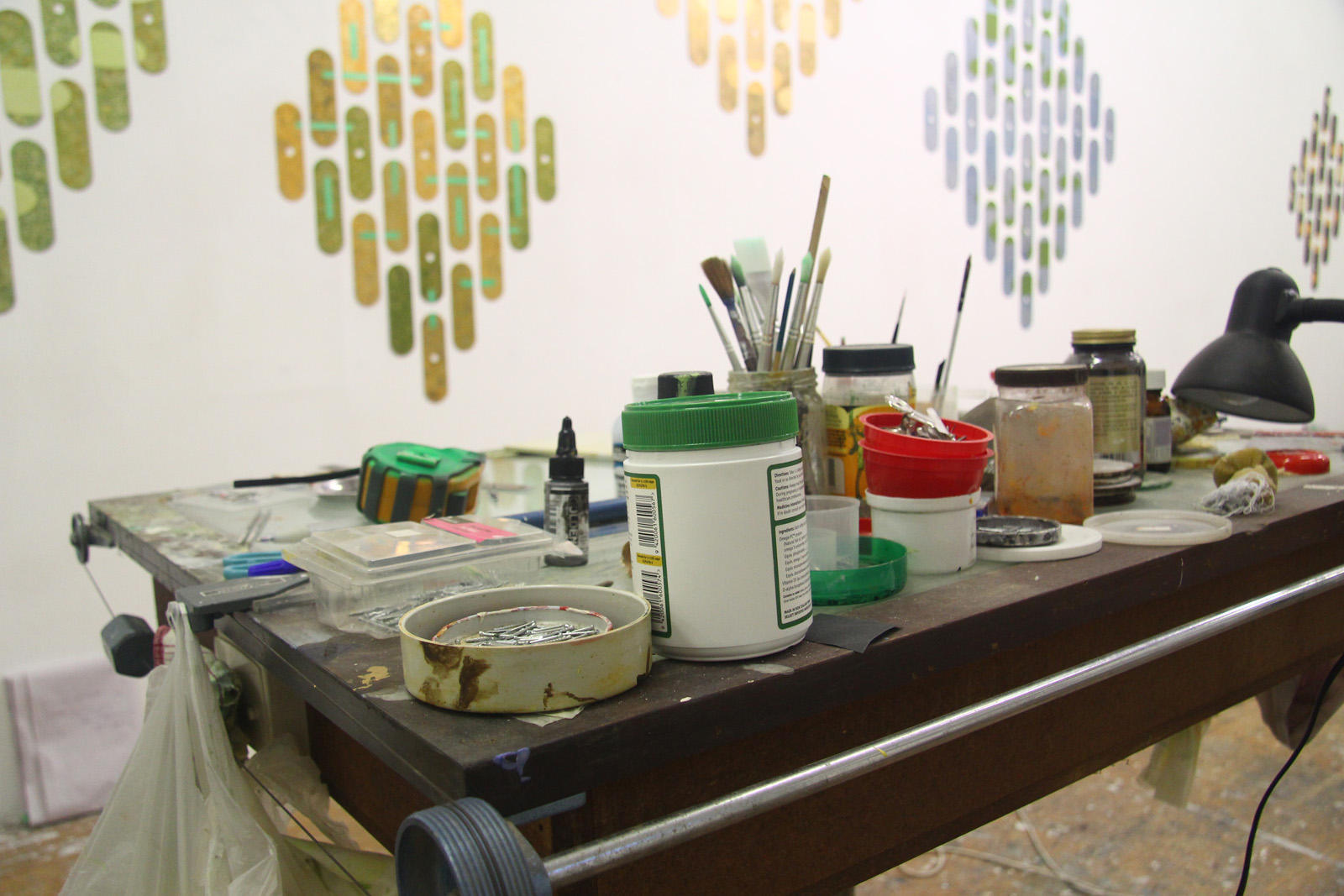