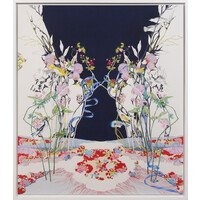 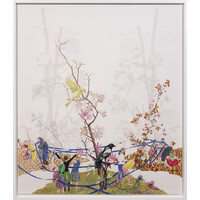 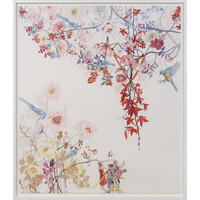 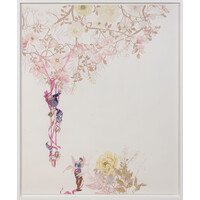 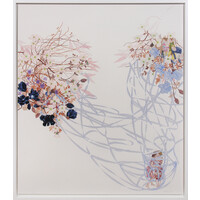 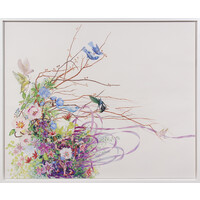 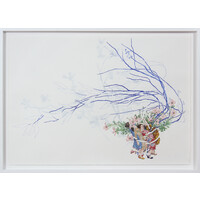 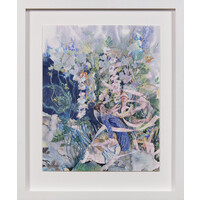 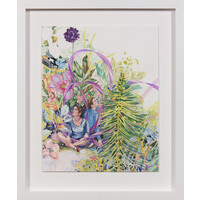 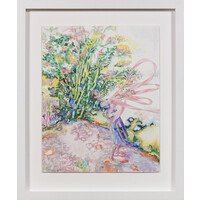 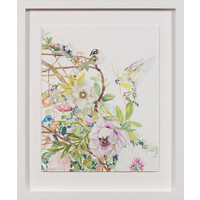 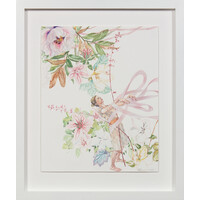 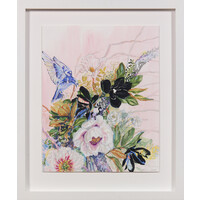 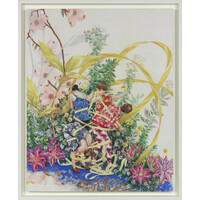 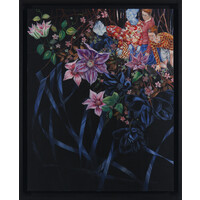 Susanne Kerr's paintings provide us with a subtle yet strong metaphor for human interaction with the physical and natural world, as the artist reflects on the precarious balance between our need for what nature provides, and what it needs to regenerate and to truly flourish (1). The symbiosis and interdependency in which we live with nature, and our remorseless slow destruction of the natural world that surrounds us, become the threads and ribbons which connect, bind, and ultimately gag and strangle the figures within Kerr's work.

The same figures repeat in the works - most obviously in Entanglement and Rhythm of Wind - becoming more symbols of humanity than individual figures. The artist cites Seraphine Pick as an inspiration, and that artist's use of groups of figures to represent an idea rather than individuals is clearly present in works such as The Arrangement. Figures are reduced in importance and overshadowed, trapped in a nature they have tried unsuccessfully to control.

Kerr's images are visual collages of thoughts, observations and imagery drawn from personal photographs, online imagery and magazines to create what is in her mind’s eye (2). The completed gouache works are heavily influenced by both traditional and modern Oriental arts and crafts, ranging from Ukiyo-e and landscape woodblock prints, to bonsai and ikebana. The latter artforms, with their own reliance on natural interactions, help to provide a visual framework against which her characters' actions are performed. From Japanese prints, she draws on compositional elements which balance the flora with the concept of Ma, an aesthetic which relates to Eastern art's use of negative space. The empty areas of paper become a strong presence, yet retain the calmness we associate with zen Buddhism, focusing our minds on the drama within the painted areas.

The effect of the compositions, and in particular the emphasis on Ma and the related Eastern flattening of the picture plane, creates works that are simultaneously calm and filled with tension. So much remains unresolved in the actions within each image, echoing the unresolved reality of potential global natural catastrophe.
1. Susanne Kerr, Artist's statement, 2020
2. Ibid.
All images and text copyright © 2021 the Artists & Milford House Ltd.