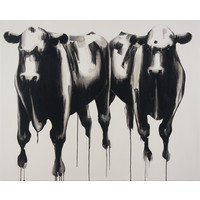 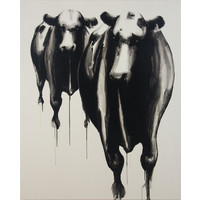 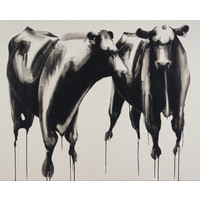 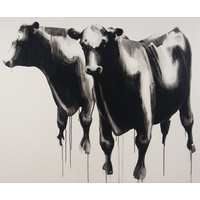 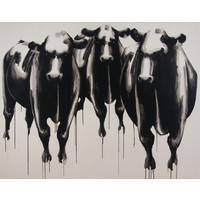 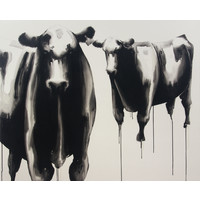 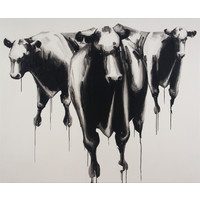 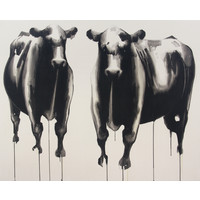 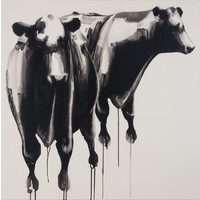 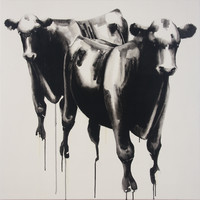 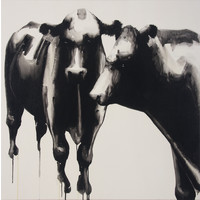 Imagine you are on a country road, somewhere in the back-blocks of New Zealand. It has been raining, and a heavy mist lies over the paddocks. From that mist, forms loom, ethereal yet solid and massive, blocks of beef on the hoof commanding their surroundings, dripping and steaming with the mist and rain, watching you as you watch them.

These are the steers of Mike Petre's imagination: hard, muscular beasts yet somehow implied rather than depicted. The herd drifts in and out of the mist, the muscular legs dripping into rivulets, the eyes watching you intensely, far more intensely than any mere image should. Petre's cattle surround the viewer, their bulk dominating and unnerving.

In the current exhibition, Petre focuses on ink-heavy monochrome mixed media works. The iconic cattle are the epitome of rural New Zealand, and our symbiotic relationship with them is symbolic of the pastoral attitude towards nature in general.

Petre's cattle are noble yet are not romanticised. The steers are removed from their natural surroundings in these works, much as the viewer is removed from his or her natural environment. We meet as equals in the artificial arena of the gallery. These are real beasts, almost human in their gaze, seemingly comprehending the fate which awaits them in the abattoir, and which lies at the heart of farm life. Their challenging stares are backed by an intelligence, and we stare back uneasily, unwilling to meet the eyes of those we condemn. 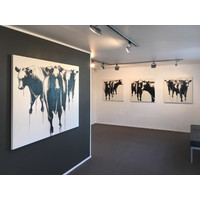 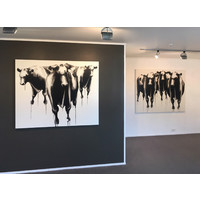 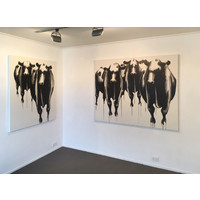 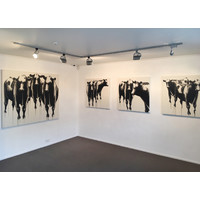 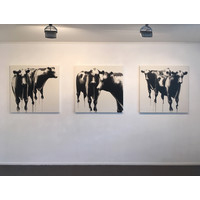 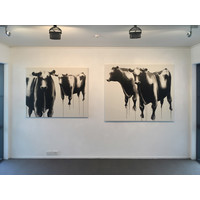 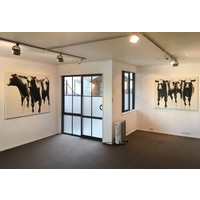 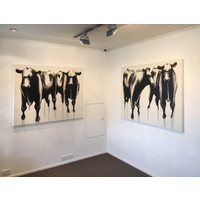