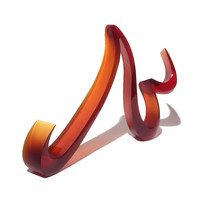 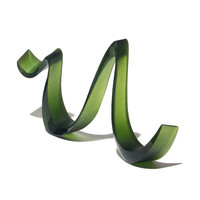 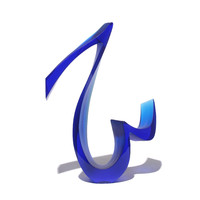 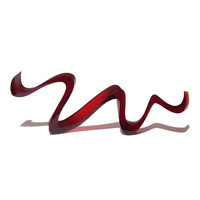 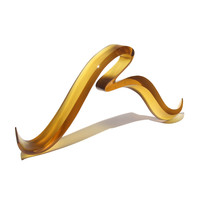 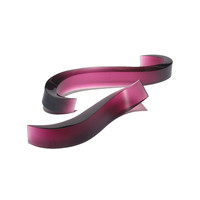 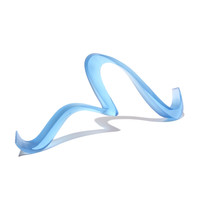 Glass has a paradoxical nature. Ostensibly a notoriously fragile solid, its structure flows like a slow liquid, and well-worked glass sculpture can emanate a fierce, noble strength. Christine Cathie is an expert at harnessing that fluid power, and rarely has her dexterity been so clearly seen than in Signatures.

In many ways, the exhibition continues Cathie’s examination of curvilinear form. As with her early Ribbon works, the artist has produced cast sculptures which dance with lyrical linearity.

In the current display, Cathie has been inspired, as the exhibition’s name suggests, by the supple line and hidden depths of meaning which lie within calligraphy. The sculptures suggest a frozen ballet, with graceful forms conveying their own interpretations of script. The soft, rich colours complement and enhance the forms, and the glass’s textured surface - frosted on three sides and polished to a high mirror sheen on the fourth - allow the hues to seemingly glow from within.

There is assurance and artistry in these forms. The sinuous forms with their fluid calligraphic lines are not only a joy to view but are also testament to Cathie’s well-deserved reputation. The execution and consummation of the works speaks volumes to her artistic skills and vision.