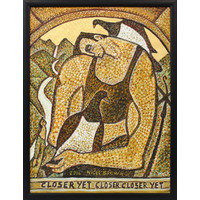 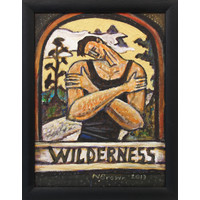 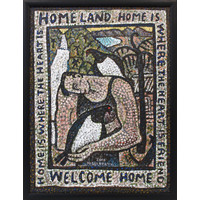 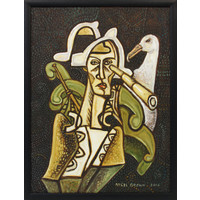 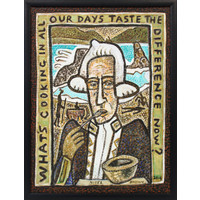 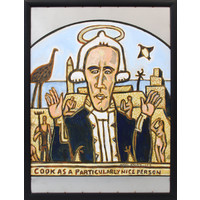 Cook as a Particularly Nice Person (2014) 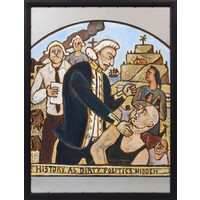 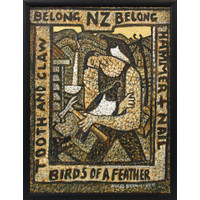 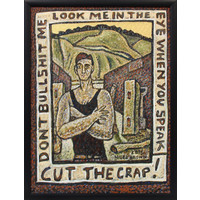 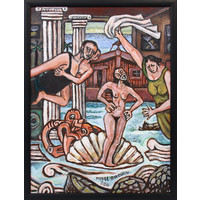 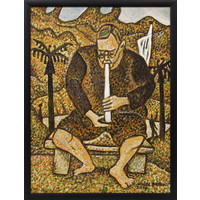 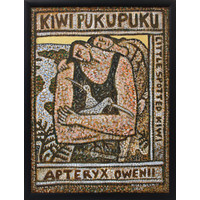 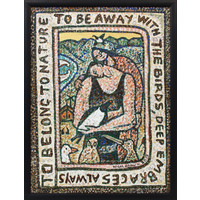 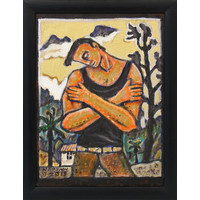 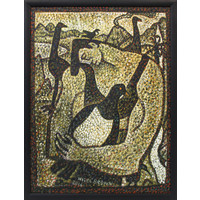 Nigel Brown's strong, rough-hewn oils and acrylics present the country as a living entity, its people and animals as part of an overarching creation.

Brown's work is quintessentially Kiwi, but with references to past masters; his language is religious, yet his work is temporal; his images tell of the tragedy of colonisation, but also of settlers forging a renewed paradise. In lesser hands, these apparent contradictions might be jarring, yet with Brown these are apposite opposites.

In Belong Belong, the paintings speak in a hearty local vernacular that finds resonance in the work of his contemporaries, from Barry Brickell to Jeffrey Harris. Despite this, Brown is not afraid to reference his antecedents, in the Maorified Botticelli of Birth of the Imagination and the repeated acknowledgement of Picasso's old guitarist in the posture of his black-singleted bushman. There is also referencing of tribal art and music, in the exhibition's chant-like title, in the portrait of traditional musician Richard Nunns, and in the Aboriginal-inspired use of dot patterns as textural structure.

The use of religious imagery is also apt. It is symbolism, not doctrine, which leads to its use. Captain Cook is shown as "particularly nice" in a painting with the hallmarks of stained glass iconography. We look on Brown's Cook and see that he is good. So too, the artist's smaller works become secular altarpieces, their icon-like nature emphasised by metallic lustre.

As to the rebuilding of lost paradise, this is a common peculiarity of New Zealand art. Surrounded by our natural beauty, it is understandable to look on the country as a New Eden. Birds, so often symbols of peace, hope, and the smallest and weakest who still deserve love, here are identified with the new land that is at once the old land. It is not Aotearoa which has turned full circle, but the black-singleted bushman, changing from the land conquering colonist of Brown's earlier works to a land protector - belonging, and again at one with nature.