Growing in the 1960s and Other Stories 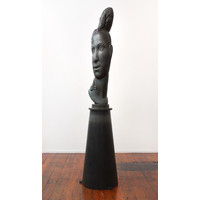 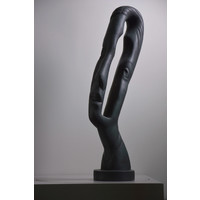 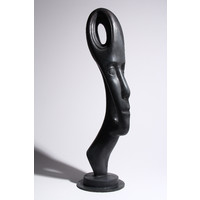 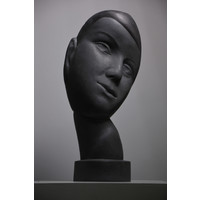 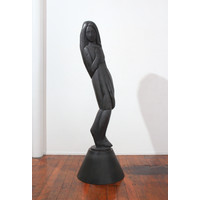 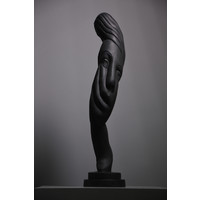 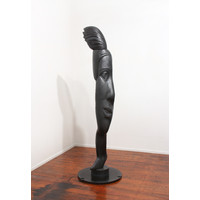 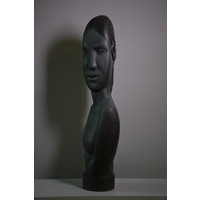 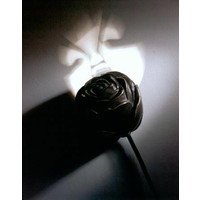 Terry Stringer has a deserved reputation for his bold, chimeric forms. One of the country's leading sculptors, he has created large, high-profile public bronzes, but is equally at home with more intimate domestic works, such as those in his current exhibition.

Stringer mines his own past and memories of classical art with his soft, trompe l'oeil bronzes. The human figure remains at the centre, but in these works the sculptural form is directly challenged; the balanced upright form is holed and altered, becoming S shaped and spiraled. (1)

In this display, Stringer's trademark illusions remain intact, and there is still a whimsical play with figure and ground. But there is also a more sombre, wistful edge here to several of the artist's warm illusory forms which has not always been evident to this extent in Stringer's art. The pieces are both formal ideas and narrative pieces, dealing with human relationships. Reliquary Head, for example, presents a woman's head "as a frame for the cut-out outline of a man. He is the missing figure in her memory, which has [Stringer] treating the head as if it were a religious container for a memento." (2)

Several of the pieces suggest the cycle of nature, of maturing, growing from childhood to adulthood, and a sense of loss through this growth. In works such as We are Shaped by Our Childhoods, with its girl and woman figures, this narrative is spelt out as "hands shaping the young person into the older one". (3)

With Woman Between Past and Future we see the morphed forms of girl and woman, again suggesting the passage of time and road to maturity, but is this the same woman as child and adult, or the mother and daughter? The ambiguity of the title can be read either way. With Venus and Cupid, the sculptor's homage to the 15th century master Botticelli's The Birth of Venus, the latter possibility is suggested. Here too, there is the linking of the child and the woman, but in this work the Roman goddess transforms into a semblance of the Christian icon of Madonna and Child.

In other works, the cycle of nature is more subtly implied. The oldest work in the show, the lovely Rose Lamp, takes context from the surrounding pieces to become a three-dimensional vanitas image. The interior light casts the form of a face, the juxtaposition of face and flower implying the ephemeral nature of beauty.