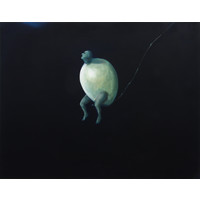 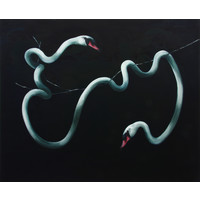 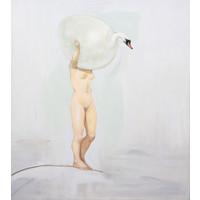 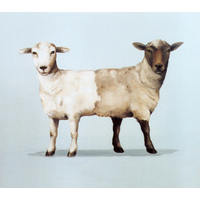 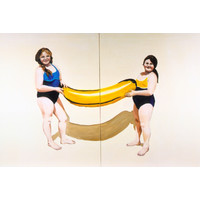 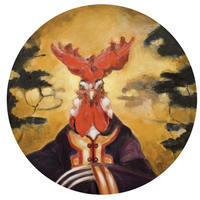 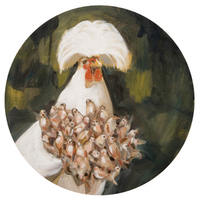 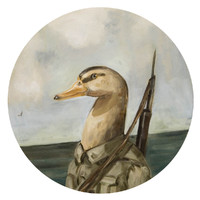 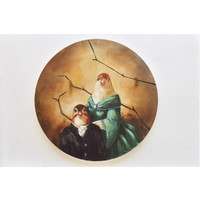 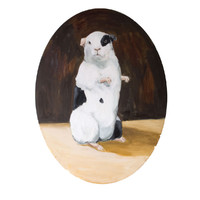 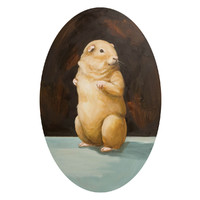 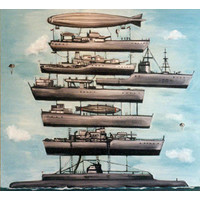 “The world of Joanna Braithwaite’s painting is part menagerie, part bestiary, and part human zoo. In her richly brushed canvases, the laws of nature are calmly bent and wonderful hybrids emerge … Across a two-decade career, Braithwaite has given shape to an ever-growing population of uncanny creatures – a population, she never lets us forget, that includes the human viewers who encounter the paintings.” (1)

There is no other painter like Braithwaite in New Zealand – her “singular vision, her extraordinary fluency as a figurative painter, and the spirit of wit and wonder that animates her work.” Add to this, her morphing of human and animal characteristics; the surreal contradictions of banana’s so large it must be held by two people; of sheep with heads at either end or the phenomenon of eels falling from the sky, and before long it becomes equally apparent that this is mirth with the tell-tale clarity of social purpose and substantial environmental concern.

Braithwaite is a narrative painter who throughout her career has worked episodically in series. This exhibition presents key works from 1995 through to the most recent All Sorts and Avian Suites.

The Vodka Drinkers No.3 and War Head (both from 1995) are important early works with political bite that reveal her characteristic technique of stacking and repeating objects, using contrast and contradiction, in front of unspecified space. In other works – such as Twist of Fate, Moon Watch, and Swan Woman (all from 2003) – we witness lyricism, beauty and the plenitude of varied art historical references. Braithwaite’s use of the symbolic and metaphoric, the paradoxes of identity, personality and ambiguity juxtapose fact and fiction. The remarkable All Sorts and Avian Suites establish explicit anthropomorphic characteristics whilst using the traditions of Victorian genre painting, animal portraiture and nineteenth century naturalism.