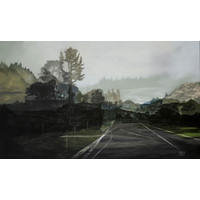 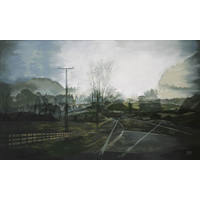 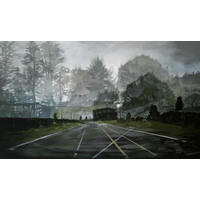 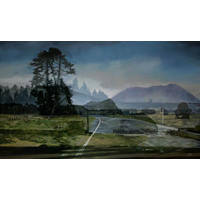 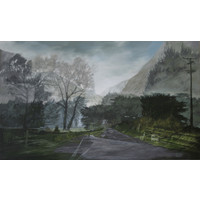 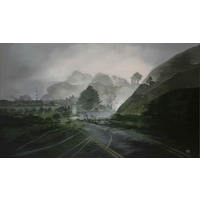 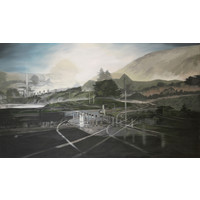 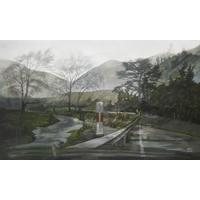 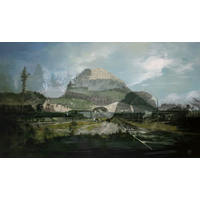 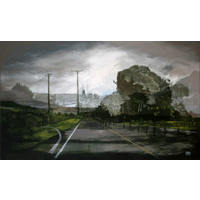 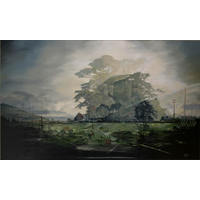 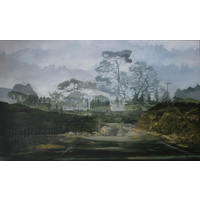 Merge Shift is Callum Arnold’s first exhibition in Auckland and this title provides both clues and understandings of what he is doing. These are not conventional landscape paintings – they are composed of elements and details; contain landmarks and buildings, signs and atmospheres – and become metaphysical in character while at the same time also attaining the sense of a journey in progress.

The actual journey is from Wellington to the Hawkes Bay and from there through the centre to Taupo and north to Auckland. One of Arnold’s many qualities as a painter is found in his placement of the viewer (as if inside a car) and his utilisation of glimpse and partial impression, of reflection and direction, and his ability to seamlessly move (morph) from one to another is both remarkable and utterly confident. He engages fact and the precise language - (locations, symbols, landmarks) - of place to establish geographical recognition and further connection.

Arnold reveals an inhabited – worked - landscape marked by the divisions of fence lines, gates, telegraph poles. Roads intersect the landscape and dissect it into portions, and oblique angles. He recomposes the landscape by establishing multiple images and various devices to lead the viewer into it, while also using memory, disjointed construction and collaborative processes to unify what is seen and how it is felt.
All images and text copyright © 2021 the Artists & Milford House Ltd.