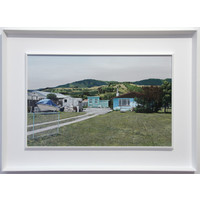 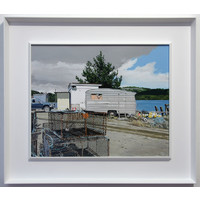 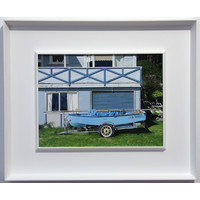 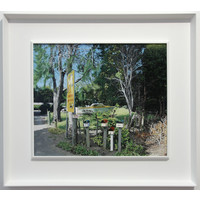 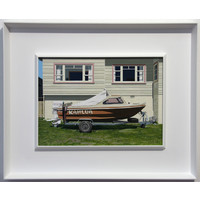 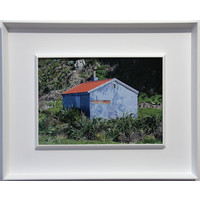 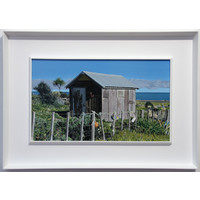 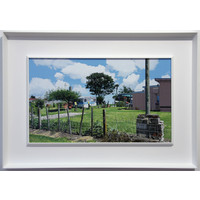 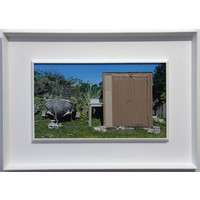 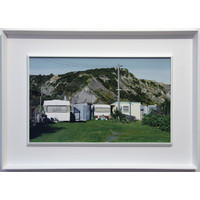 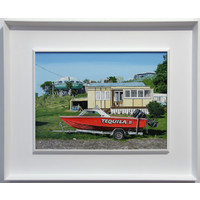 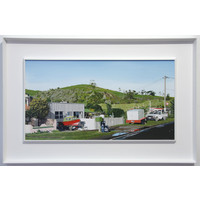 Geoffrey Notman’s eye for the vernacular of use, the culture of leisure and what this reveals about New Zealand arises across this authoritative exhibition in many ways. Boats wear the names of liquor, caravans have curtains drawn but the frequency of use is everywhere evident. In “Shed” (2008) the world inside hides while the shed itself faces the sea, amidst ice plant and a fence line that tells another (environmental) story.

In “Honky” (2008) Notman’s virtuoso command of visual detail, narrative information and the specifics of place are revealed by the detritus of crayfish pots, old rope and graffiti. In “Jim Beam” (2008) the runabout which gives the work its name sits behind an array of letterboxes. Oblique angles left and right radiate from these, animating the work with a mix of messages and wonderfully varied light.

“Te Kope” (2008), “Solagard” (2008), “Stoke” (2008) and “ODT at Otakau” (2007) are extraordinary achievements. Each attains the indefinable quality of ‘being there’ and the authority of panoramic photography - such is the breadth of these works. With every detail Notman reminds how and why he has risen to national prominence. Nothing and nowhere lacks individual attention or visual weight.

Dialogues spill from these works – the social discourse of where and how we live; what we value. Notman is working the edge – quite literally – between land and sea; now and then. This is our seaside architecture, our identity, our narrative. Are these works about the ever present wilderness and how we tame it, for a time? Or tales with a dark underbelly, where liquor rules the weekend and our leisure, where most things happen behind closed doors and are hidden from view?

These works are not optimistic, pessimistic or nostalgic nor are they inventions. Notman’s stare is hard and fast at what exists, and what he sees is our hopes and dreams, just as readily as the facts.