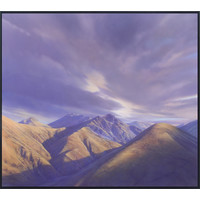 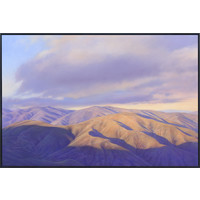 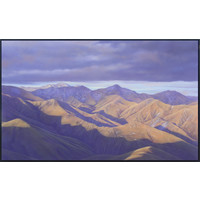 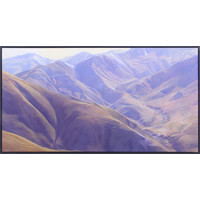 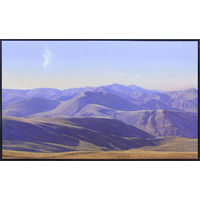 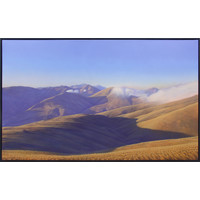 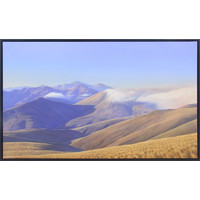 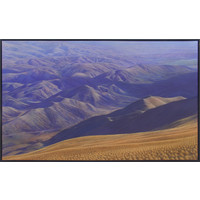 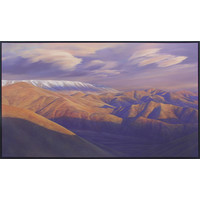 Bruce Hunt is a master at the art of placing his viewer in the landscape. When you look at a Hunt painting, you never feel that you are observing a scene at one remove, via the eye of the painter — you feel that you are there in person.

Hunt's images caress the land. They present an accurate portrait of the hills and valleys of Otago's high country, yet simultaneously are imbued with an emotional content which comes close to spirituality. Hunt knows the land well, tramping into the wilds to create the initial sketches upon which his images are based, before the long process of creating the finished painting with multiple layers of thin paint washes. The resulting works show a land which is both geographically and geologically precise — the artist studied geology at Victoria University — and is coated with a lambent glow of shifting light.

In recent times, Hunt has concentrated on photography while making his home in his wife's birth country of Brazil. The dramatic land and skies of Latin America have seeped into the paintings he has created since returning to New Zealand; unlike his previous paintings, dramatic skies dominate his latest works, as reflected in the title of the current exhibition. In paintings such as Distant Thunder at Icon Hill and The Smell of Rain — Lindis, the drama of the land is both complemented and opposed by equally dramatic skies.

In these works, Hunt shows the dichotomy of natural grandeur. We see the might of the seemingly eternal land, sitting beneath mighty but ephemeral clouds. There is an acknowledgement here that nature creates in both the long and short term, and the interaction between these two extremes produces the evocative interplay of light and form which gives our country its breathtaking beauty. 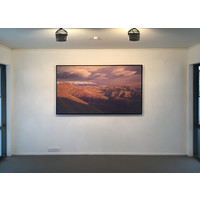 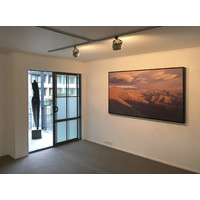 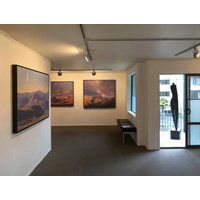 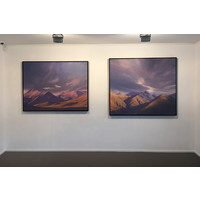 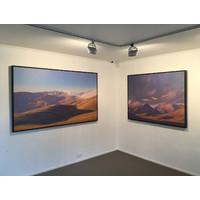 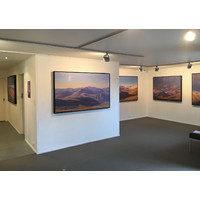 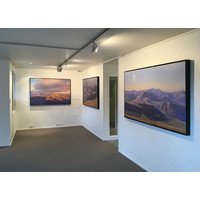 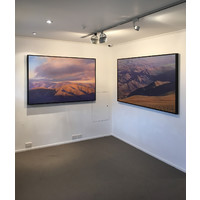