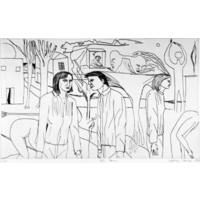 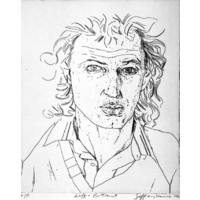 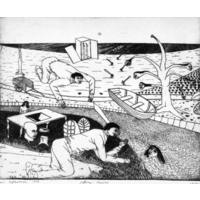 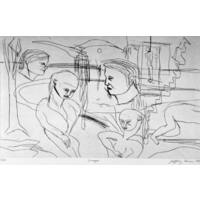 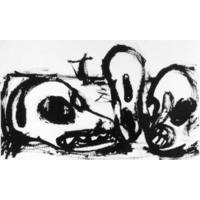 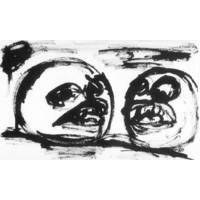 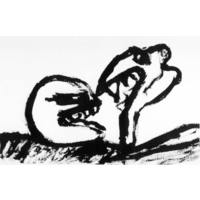 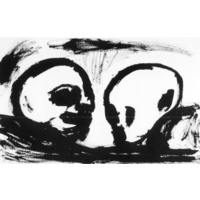 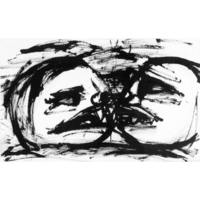 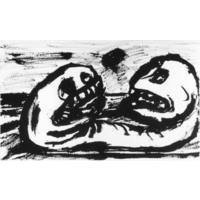 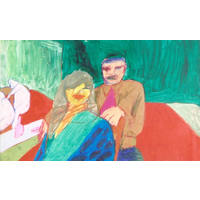 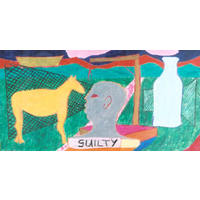 Jeffrey Harris is one of New Zealand’s truly significant artists. In this exhibition he is represented by a compelling selection of largely un-exhibited prints and drawings. A series of recent ink drawings “by turns funny and bleak, featuring a cast of Guston-like creatures” (1), similar in style and period to those currently on exhibition in Harris’s Survey Exhibition at the Dunedin Public Art Gallery, feature prominently. An additional selection of works on paper from the last three decades conveys Harris’s remarkable diversity.

The term ‘Expressionist’ is often used to describe Harris’s art, but this is inadequate, failing to encompass the range and depth of styles in clear evidence throughout his career. From extraordinary detail to vigorous gesture and vivid colour, one is drawn toward Harris’s intense and humanistic approach. Harris articulates a partial narrative filled with riddles and visual games. Utilizing compositional techniques and stories drawn from literature, poetry and music, he provides a rich visual lexicon of signs and symbols to convey a complex and often highly emotionally charged narrative.

Harris’s large Survey Exhibition of work from the last 30 years recently opened at the Dunedin Public Art Gallery and will travel to all main venues in New Zealand through till 2006. This is being accompanied by a major catalogue publication (due February 2005) and includes a very significant essay by Justin Paton, Curator. The importance and conclusive nature of Harris’s Survey Exhibition states categorically that he is one of New Zealand’s great artists.