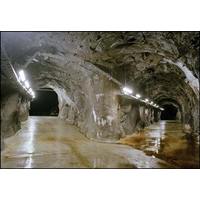 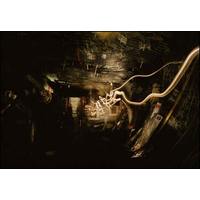 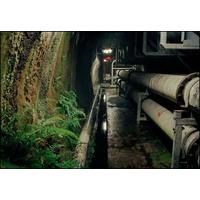 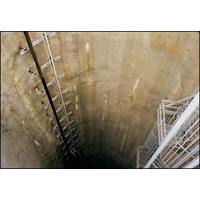 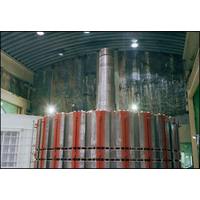 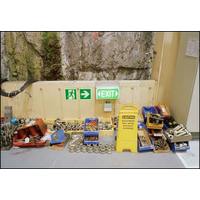 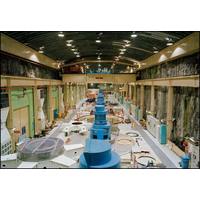 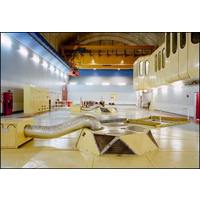 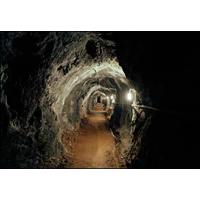 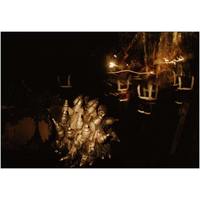 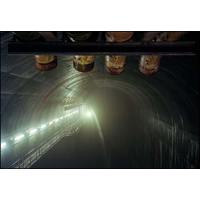 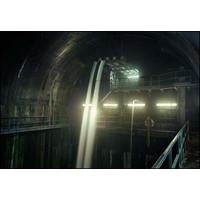 This latest exhibition of work by Wayne Barrar, Machine Room, documents the fascinating ‘world’ of underground powerstations in New Zealand. The exhibition presents a satisfying blend of conceptual triggers for both the intellect and the emotions. The voyeurism of watching hidden spaces that are ‘local’ is extremely powerful and compelling. Here is a real sense that we are not only being educated by looking at the photographs, but converted too.

Wayne Barrar still uses ‘old fashioned’ photographic processes (handmade prints) in tandem with some digital work. Handprints are becomming a rarity as photographic papers become obsolete, and commercial demand ceases in the wake of the digital phenomenon. Handmade photographic processes risk being lost, unless photographers such as Barrar keep the form alive and show that handmade darkroom processes do add a sensual ‘one off’ value to the image, as well an aspect of uniqueness and variance to the notion of reproduceability.

Barrar isolates places and fragments of places, and presents the visual content with a documentary objectivity, stillness, and precision that makes one think of forensic findings presented for examination. Barrar invites the viewer to examine his images, and treat them with a quizzical attention.

Barrar’s work is also currently involved in another book and associated (touring) exhibition: Picturing Eden at the International Museum of Photography and Film in Rochester NY to June 2006, then on tour internationally.