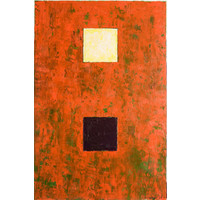 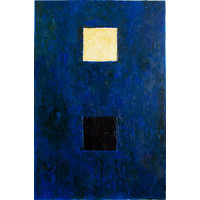 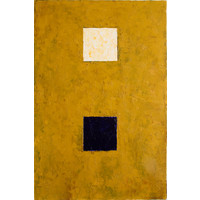 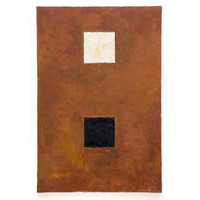 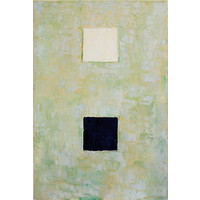 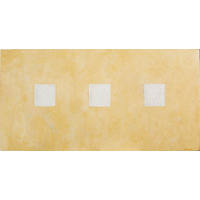 Plain Song: Journey of Souls - For The Hills Around Seddon (2007) 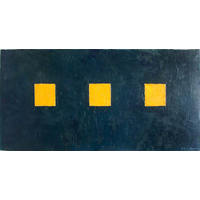 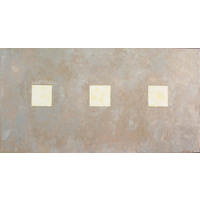 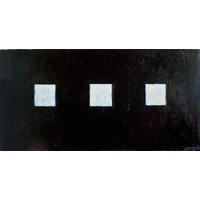 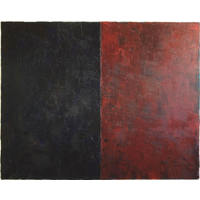 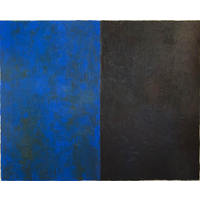 J S Parker has produced one of the most sustained series of abstract paintings in New Zealand art. His work characteristically references the real world of land and sky, distilling into essences phenomena of place and atmosphere by utilising the chromatics of layered colour, palette knife texture and structural rhythm.

This exhibition has three constituent parts. The role and contribution of music is openly acknowledged and resonates in Plain Song – Two Part Harmony Crimson (2008) and Plain Song – Two Part Harmony Blue (2007). These major works begin with a very formal structure and sounding of opposites. The former builds a language of fire, earth and substance; the latter sky, sea and the intangible. The two parts of these works dissolve and coalesce; issues of spirituality and mortality arise; the harmonics of fluctuating colour, built surface texture intercede and assert emotion, architectural presence and physical substance.

The parables and dichotomy of dark and light are established in the four beautiful works of the Plain Song – Journey of Souls series. In For the Hills Around Seddon (2007) an explicit metaphor of land and season is established. In Night Train (2008) three orange squares hover in front of darkness like windows passing. Are these windows for looking in or looking out?

Less sequential yet equally inter-related the remaining suite of works start with the structural elements of two squares floating in coloured space, and in each work a black square is contrasted with a square of light. Plain Song – Havana (2007) has the remarkable heat and expressions of Caribbean rhythm. Plain Song – Strawfield (2007) takes us deep into hottest summer and the ochre pigment that unites straw and the land. Plain Song – Meadow Light (2007) has an unmistakably softer hue in which atmospheric distance and dappled light arises.
All images and text copyright © 2021 the Artists & Milford House Ltd.