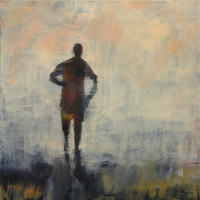 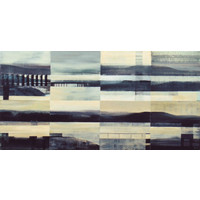 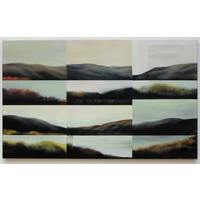 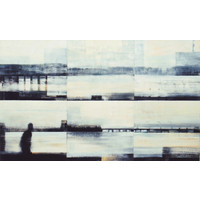 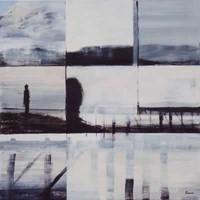 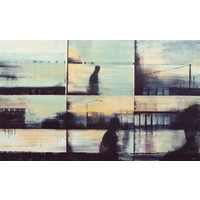 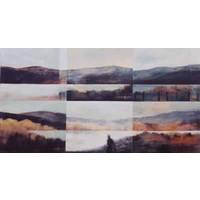 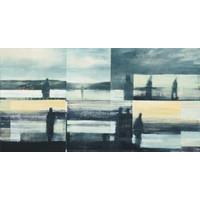 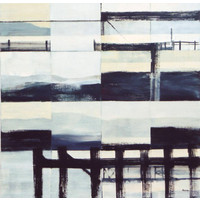 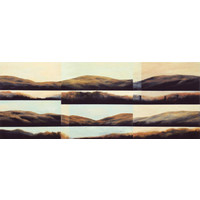 The episodic narratives of Elizabeth Rees works in Sequence reveal life and lives lived on the boundary of land and water, hope and dream, the built city and open vistas. The works are constructed of singular elements which then become visually combined (while nominally separated) through repeated horizontal and vertical lines. This visual paradox links the ephemeral and the specific, the factual and the emotive, and so compartmentalizes details as (incomplete, partial) components of a greater whole.

Architectural objects (such as wharves, piles, buildings, power lines, the human form etc) are presented in and out of focus, and with varying pictorial role, scale and emphasis. In works such as Overlay (2006) and Harbouresque (2006) Rees plays a complex game with perspective and pictorial construction while using (a buttery, banded) light to establish an internal musical rhythm. The remarkable Suburban Line (2006) and Slow Tide (2007) seem at first more formal but reveal considerable humanistic statements with severely restricted palettes and technique variances, such as bleeding, scumbling and abstract constructs of rectangular colour blocks.

The trademark cinematic construction of Elizabeth Rees’ paintings reaches an apogee in the poetic works of Silence (2007), Soft Palette (2007) and Fugue (2007). These paintings of stacked landscapes with water and sky between are sensuous, sinuous and are to be “read” up and down, left to right and vice-versa. A mastery of mood, atmosphere, evocation of season and a remarkable sense of the viewer ‘being there’ pervades.
All images and text copyright © 2021 the Artists & Milford House Ltd.